In the end its pretty simple for me.  I’m asking you to vote for the Left this election, for 100,000 reasons.

Both Labour and The Greens have policies that will lift 100,000 children out of poverty.

Epsom voters: Please kill Act – you know you want to…

For the sake of your neighbors in Auckland and your extended family throughout New Zealand, could the voters of Epsom please terminate the twitching corpse of the Act party. Once they may have had a purpose. Now they just have John Banks and that other failed politician. Let us look forward into the sunset without this zombie party being maintained by the misplaced charity of the voters of Epsom. 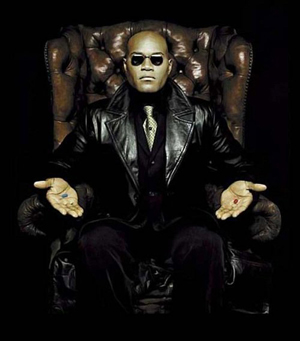 Listen to us – Homebrew

We’ve been getting links to this song for a week or two. Wish I’d gotten round to posting it earlier. Just fantastic.

It’s been a costly election for Key. After the teapot tape fiasco and the subsequent police raids on media, his political capital with the media (except for die-hard fans) is spent.

This post originally appeared on the Hand Mirror and we reproduce it with their permission. It is an account of a National Party meeting in the Wairarapa, and a stark reminder of the dark heart of the Right that hates and fears anything different, which wants a New Zealand built for a rich, Pakeha, male, straight business-owning elite.

Key and Collins say police training next year hasn’t been cancelled. They say fewer new cops are needed because fewer are leaving. All lies. The attrition rate is rising, not falling. There is 1 training wing booked next year, not 4. Cause is cuts. 5% nominal to the training college, 15% nominal to Police HQ. Meanwhile, Key is wasting Police time over the tea tapes.

We’ve been getting emails and comments from people getting robo-calls from John Key. These pre-recorded calls are notoriously bad campaign tools. Invite lots of backlash. Odd National is introducing them (they used them last election but only on election day as a get out the vote tool, not to campaign). Shows they know this election is tighter than it looks.

The parties’ closing addresses screen tonight on TV1 at 7:30pm.  Here’s Labour’s – a strong finish to a strong campaign. Last chance to save our Assets

This election is a referendum on Asset Sales – will you vote to save our Assets?

Posting this early so that it leaves the afternoon schedule free for election related posts.

Keeping the help in line

Keeping up brand Key means keeping the help in line.

Just pity the poor buggers that have to help hold that facade up.

If we stick with the status quo

Another of those pictures that is worth a thousand words.

The old timers say never trust a Tory. Can see why. Exclusive Brethren. Hollow Men. Tranzrail shares. Secret agenda tapes. Teapot tapes. Suppressed asset sales advice. Climate change ‘hocus pocus’. Police hiring freeze. We keep on discovering their secret agendas. If you care about integrity, if you’ve got enough pride not to put up with being lied to, you won’t be voting National. Only chumps tick Tory.

An election under a cloud

I don’t think I can recall an election in NZ conducted under such a cloud of extraordinary and dubious circumstances as this one.  Media raids, suppressed information, lies, and apparently even discussing the weather could get you in to trouble.

John Key said last night the Nats has boosted Police numbers by 600. In fact, 2008, Police numbers have grown by only 442, 5.4%, barely more than population growth. All but 80 of those extra cops came in the 2008/09 year – under Labour’s last budget. Cops per capita has fallen in the last two years. No wonder there are more unsolved crimes.

How we got where we are

Last election we had a choice between competent economic management and a bunch of hollow promises. We made a poor choice then, and the record shows that we have wasted three years as a result.  Coming up to this election we don’t need more tired Nat excuses, we need solutions. Bring back Labour!

I see that the Nats in drag anti-MMP campaign have brought space on our banner. Now I know the mood of the authors on this subject.  They’d like MMP with tweaks – which will happen in 2014.

I looked at the anti’s pathetic ad, and decided that it was more effective to take their money, counter it (like the Standards enhanced logo?) and comment on it.

Phil Goff broke news of the Nat’s plan to freeze police recruitment but keep it quiet until after the election.

That policy’s at odds with some fundamental Nat claims.

Update: A freeze on replacement cops would see hundreds fewer on the job after just one year.

Debate over. Not a walkover for Goff like the TV3 debate, but a win to Goff on points. Communicated effectively, came across as honest and open (compared to Key’s shifty body language), and had Key on the ropes several times.

Any minute now, we should find out whether we are allowed to know the secret plans that John Key and John Banks were foolish enough to discuss in a public cafe in front of the country’s media, or whether that information will be denied us before we vote on Saturday.

Update: Judge has declined to make a decision.

So it can be published without breaking the law. Publication is only illegal if publisher knows the interception was illegal. No-one can now know that.

Download debate-bingo and see if you can be the first to mark off John Key’s hollow catchphrases in the final Leader’s debate tonight.

The winner will be all of us if we choose a better government on Saturday.

Phil Goff has signed a pledge that Labour will not sell Kiwibank if it becomes government. Other party leaders have been invited as well. I expect the Greens, New Zealand First, Mana, and the Conservatives will (who knows about the Maori Party). But will Key sign? National is secretly itching to sell Kiwibank, Bill English got caught out admitting as much.

The Nats won’t give employees greater access to pay information  to detect gender pay disparities, saying employees suspecting gender discrimination should a labour inspector to find the evidence. When 261 workers did just that the govt said it wouldn’t look for evidence of discrimination without evidence there was discrimination. 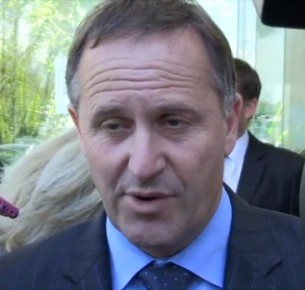 John Key is really showing the strain of campaigning, he’s not bearing up under the stress of it at all well. Clearly the National Show Pony was not built for endurance.

Last night TV1 revealed National’s lies on the explosive topic of asset sales.  The Nats have no official advice to back up their asset sales claims, and information is being withheld from the public.  Not good enough – vote them out.

The Arab Spring hangs in balance, as protesters in Cairo’s Tahrir Square and in other cities in Egypt battle the riot police of the ruling Egyptian military junta.