Eddie got there before me, but yesterday seemed to be a day of nasty attacks, not just by Maggie Barry.

Remember all the fuss in 2008 when the Labour government tried to make a 1% increase charges affecting truckies? What kind of catastrophic response will increases of up to 20% provoke?

Police were unable to establish that Mr Banks had the necessary knowledge that the donation had been recorded as anonymous in the return before he signed and submitted it. As No Right Turn puts it: “So basically they’re letting him off because he didn’t read the thing he signed and was legally responsible for. Its one law for finance company directors, and another for corrupt politicians.”

National is threatening to veto a Labour bill to extend paid parental leave, claiming it costs too much. At the same time, they’re trying to defend writing a blank cheque for looters’ bonuses. And they’re getting nasty about it. Maggie Barry attacked Jacinda Ardern for not having children yet while John Key had a hissy fit at anyone who questioned his looters’ bonuses.

Key loves mythical “mum and dad investors”. Real mums and dads – not so much.

The spy who loved me

Last month on The Nation (or Q+A?) Groser mentioned how the much hyped, but actually insignificant, free trade deal with Russia had hit a mysterious wall. Groser couldn’t even get to see the current minister and had “tough” talks with the ex-minister instead, while Key’s meeting with Putin was cancelled by Putin at the last minute. Now, I think we know what the trouble is.

John Key’s grasp of his own asset sales policy is being revealed to be shakier by the day. He doesn’t know how it would hurt the government books. He flips his position on water rights each day. He doesn’t know how much a looters’ bonus of free shares would cost. And, yesterday, he didn’t even realise that $56m is budgeted to cover sharebrokers’ fees for the looters.

Labour and the Greens are producing great infographics that succiently explain what the government’s doing wrong on issues of the day and bust National’s myths. They chuck them up on Facebook and Twitter and they spread like wildfire. They’re a really effective use of social media. You can help by liking the parties’ Facebook pages and sharing the infographics.

King Brownlee outside the law

When the Nats created CERA – the Gerry Brownlee Enabling Act – they tried to make it so no-one could challenge his decisions under the Act in court. The Courts hate such ‘ouster clauses’ and react by allowing cases on whether a decision was made under the Act or was so wrong it wasn’t an exercise of the powers granted. Brownlee’s just found that it ain’t easy to make yourself dictator in a free society.

There’s been some talk around the ‘sphere about a speech where David Parker made comments that some (*cough* Chris ‘the Right’s favourite Leftie’ Trotter *cough*) thought meant he supported asset sales. That obviously caused confusion because Parker and Labour are clearly against asset sales. Now, someone’s taken the innovative step of asking Parker what he meant (spoiler: it’s not what Trotter thought).

The biggest petition to Parliament in 3 years was presented yesterday with Greenpeace’s 140,000 signature call for the Government to halt subsidisation of fossil fuels and invest in a clean energy future instead. 140,000 signatures is a remarkable achievement. Predictably, it got a nasty response from the Government. Their ugly attitude is turning off voters.

2 great Member’s Bills are before the House today.  National oppose both the Mondayising of Holidays and Paid Parental Leave, but they should have the numbers to get through their first readings.

Making it up as he goes along

In the cartoon Calvin and Hobbes, they play a game called Calvinball. “The only consistent rule states that Calvinball may never be played with the same rules twice”. It’s a bit like that trying to call this government to account. One day they have legal authority to give away shares, next they don’t. One day they don’t know the cost, then they do, then they don’t again. Like Calvin, I’m getting the impression that Key is just making it up as he goes along.

The cost of asset sales

Milk it, dig it, drill it, sell it – for a brighter future?

National’s internal polling is telling it people are serious about how it plans to get to the birghter future. So Joyce was wheeled out at the weekend to sell the same old story – more cows, more coal, more oil; and asset sales so we can afford schools and hospitals once at least. He also attacked Labour/Greens – maybe their polls are telling them people aren’t buying.

Ha ha ha! Wasn’t it funny when Judith Collins brandished a TASER at the National Party conference and said she wanted to use it on Trevor Mallard. I guess it’s alright for me to whip out an airgun or a knife next time I’m at the pub. You know,  as a joke. Oh? It’s only OK when Ministers are using to further their phony tough guy brand? Must have missed that section of the Arms Act.

Protests then and now

Looks like we should conclude that opposition to National in 2012 is much stronger and more vociferous than opposition to Labour in 2008.

John Key doesn’t want to go ahead with plain packaging of cigarettes. The cancer sellers would sue. It could cost a few million to beat them in the international courts (me, I would just create a law of corporate homicide and nationalise their NZ assets). Key baulks at the cost, the risk. But something in the hundreds of millions for free shares to looters? Key reckons that’s a great investment.

ImperatorFish: Whose Planet Is This?

Imagine a place with a stagnant economy; led by a government that is anti-growth, doesn’t have any plan, and is not prepared to make the tough decisions needed to ensure the future prosperity of its people; where most people struggle to get ahead; and where those who aspire for better things are probably thinking of leaving.

One law for the rich, another for the poor.

Another example of cronyism from disgraced former minister Nick Smith has emerged. He overrode officials at the Ministry for the Environment, who had declined an application for $200,000 for meetings to resolve disputes between farmers and environmentalists in the Mackenzie Basin and Waitaki Valley, so a former Nat candidate could pocket the cash. 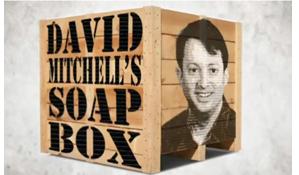 I did posts on submitting against National’s Local Government Bill a while ago, but the end date for submissions is on the 26th, so here’s a reminder: this Bill will reduce your local say and give more power to central government. Wellbeing is removed from the remit, and low rates over better services is added.

Everyone hears what they want to hear

Key has been giving different messages on the water rights issue to the Maori Party and to the wider public. No one knows what, if anything, his “promises” mean. Why isn’t the Maori Party (which has been burned before) seeking urgent clarification?

What the polls actually show

‘National’s made a complete cock-up of this and everyone’s pissed, but it doesn’t seem to be hurting them in the polls, where they’re still strong’. You can find that stereotype sentence in the media all the time, particularly in the coverage of the weekend’s National Party conference. But it might be time to do some fact-checking, because they are being hurt in the polls.

On Breakfast just now, Petra Bagust asked John Key what’s so great for the economy about listing our assets on the stockmarket. A good question. In his answer, Key tried to make out that floating these companies on the stockmarket would give them more cash to grow. But not a cent of the revenue will go to the companies and Key knows it.