Will Key read the GCSB report?

Key has said we all have to wait and see what is in the Neazor Report on the GCSB spies’ illegal spying on Kim Dotcom.* He won’t even answer basic questions like: ‘what section of the law did the GCSB breach?’ Funny that Key’s so keen for us to wait to read this report. But will he read it? Or will it be like the Banks Police Report, which he won’t read?  And when will anyone get to read Banks’ statement?

A fish rots from the head down

Key has failed to uphold high ethical standards for himself, his Ministers, or his government. The GCSB illegal spying fiasco is just the latest example.

National has a plan to deal with their crisis of job losses, GCSB illegality and bad polls. Tomorrow will probably see another welfare crackdown, although with the number of groups left to target rapidly diminishing, could it be the turn of one-legged Dutchmen to feel Paula’s wrath?
But if that plan doesn’t work, National has another up its sleeve: blame Labour. Go on, sing along.

A couple of days before it was surely all going to come out – very messily and very publicly – in the Dotcom court case, Key has revealed that his spies illegally spied on Kim Dotcom. But, beyond that, Key won’t tell us anything apart from that he signed no warrant for spying on Dotcom (such a warrant would have been illegal anyway). Key has chosen not to find out more so that he wouldn’t have to answer questions. 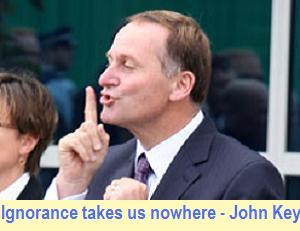 So Key knew about the GCSB’s ‘unlawful’ actions for a week before he bothered to tell us. He happened to know that this Monday state owned companies would be announcing they were causing the loss of 500-600 jobs. Only one story would get its full due of airtime.

Encouraging polls in both NZ and America.

Welcome to National’s economy: Kiwirail has just announced 158 infrastructure and engineering job losses, and this afternoon Solid Energy will probably announce the loss of 300 jobs at Spring Creek, and 200-250 elsewhere.  This on top of the swathe of job losses in Huntly and Christchurch Solid Energy announced a month ago.

Reprinted with permission from Dave Kennedy (bsprout) at Local Bodies. “While National Standards has cost around $60 million to force onto schools many programmes designed to address the causes of underachievement have been under resourced or cut altogether.”

The Right tilts at class-size windmills

The Righties are wetting themselves because the national standards supposedly show higher results in larger classes. But the data is unmoderated – you can’t compare schools to get national data. And the apparent link is down to special schools and deciles. So, what have we learned? Nothing. Certainly nothing about the impact of class sizes, anyway. But maybe a little more about the Rights’ willful blindness.

Paula Bennett on Q+A: “I don’t think that every child actually needs to be in early-childhood education” says Bennett. There will be cases where parents can do just as good or better job for their child. Yet, her policy is to take away half the incomes of parents and children on benefits who don’t go to ECE. The gap between Bennett’s spin and what she is actually doing has never before been so clearly revealed.

When does quoting media on a blog shift into ripping them off and why does the media still give airtime to one of the biggest thieves?

I reckon my theory that the tobacco industry’s stupid ‘agree/disagree’ ad campaign is actually just a way of chucking millions at cash-strapped media outlets to buy their silence (and even backing from Granny) has been confirmed. By one simple fact. The new TV ad, which appeals to crass nationalism to argue that we shouldn’t adopt the Aussie plain-packaging law, is voiced by an Aussie.

My regular Sunday piece of interesting, longer, deeper stories I found during the week. It’s also a chance for you to share what you found this week too. This week: taxes and growth, foreign wars and the quality of MPs.  And the Ig Nobels.

John Roughan has a whinge about Campbell Live’s coverage of the Christchurch school closures in today’s Herald.

Poor John pines for the days when Paul Holmes was broadcasting rightwing bullsh*t nationwide every evening.

When parties that claim to have a social conscience end up propping up right-wing governments it doesn’t usually end well. Here is the Lib Dems leader Nick Clegg, apologising to his supporters for breaking a core promise. He has been subtitled for honesty.

Welcome to Poverty Watch, a weekly update on National’s lack of response to the urgent and growing issue of poverty in NZ. This week, a new Labour Bill, an Otago University study, and Live Below the Line.

It came from Planet Key

John Key on the impoverished Chatham Islands, holding a huge crayfish. He says ‘big as a horse, freshly cooked, $80 a kilo.’ He kisses the cray, then looks at the camera and says ‘jealous?’ Christ, what a cock. Those 270,000 kids aren’t jealous, arsehole. They’re hungry. The fact he knows the price of cray off the top of his head but not how many Kiwis are unemployed tells you all you need to know.

So the first ‘ropey’ National Standards data is slipping out. It may not bear comparison, and not be moderated or indeed standardised, but Hekia Parata can now divulge the great wisdom that National’s StandardsTM provides.

Or the only nation in the world to vote against measures to stop the extinction of the world’s rarest dolphins?

Garner on the exodus to Oz

John Key is one kind of Wizard all right – a Wizard of Oz. He can make people disappear there. Duncan Garner rips in to him. 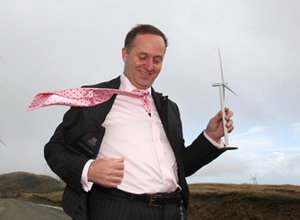 Fight the ‘War on the Poor’: Opposing Bennett’s welfare reforms.

Grant Robertson, in the House yesterday speaking on Paula Bennett’s “Social Security (Benefit Categories and Work Focus) Amendment Bill” – First Reading, gave an impassioned speech. He said many some great points about social obligations and a mutually beneficial social contract (between the state and beneficiaries. However, will the Labour Party’s policies match up to the rhetoric?

NRT: Charter schools in the UK

No Right Turn on the waste and divisiveness of charter schools in the UK.