Back to the future: John Key’s Dickensian values

John Key has been shamed by Hone Harawira’s “feed the kids” private members Bill.  Key’s approach to child hunger is a sly use of Dickensian-type PPPs & charities to absolve the government of responsibility, while falsely presenting a caring face.

Why the Meridian sale will go ahead regardless of cost

When even the notoriously right-wing NZ Herald Editorial is pleading for Meridian not to be sold (just now), you know that the government’s asset sell-down is in trouble.

But the Herald assumes that getting the best dollar possible is the plan here.

Once again the MSM reports John Key’s assessment of his party’s place on the political spectrum without any critique.   The NZ Herald has repeated Key’s line about his government being “centre right” and the Greens being “far left”.  Key’s government’s continuing abuse of democracy is a long way from the centre of  the “right”.

I’ve always been in favour of contested selection for parliamentary candidates. Being a Member of Parliament requires commitment, energy and above all a robust mental and physical constitution – clear values and strong bodies.When Parekura Horomia was selected in 1998 there were a little over 20 Labour party members in the electorate. This time its different. Media reports have party membership at 850, and the three selection meetings in the huge electorate attracted 180 in the Hutt, 110 in Tolaga Bay, and 430 in Napier. That’s the base from which Meka Whaitiri, Labour’s chosen candidate comes.

The Green candidate for the  Ikaroa-Rahiti by-election, Marama Davidson is someone to watch.  However, Labour’s Meka Whaitiri is the front runner and a very strong candidate.   Mana’s Te Hamua Nikora and the Maori Party’s Na Raihania also have the opportunity to make their mark.

Meka Whaitiri and been selected as Labour’s candidate for Ikaroa-Rāwhiti.

Too many “Western” countries use lack of action from big emitters (China, India, Brazil) as an excuse for doing nothing. Well that excuse just got a whole lot thinner. And the pressure on India and Brazil just stepped up.

A Sunday feature – each week a random section scanned from a copy of The Standard, September 15th, 1938. Find out more here.

Welcome to Poverty Watch, a weekly update on National’s lack of response to the urgent and growing issue of poverty in NZ. This week – a final look at the OCC report, and in current news an Amnesty International report cites child poverty as a stain on NZ’s human rights record.

The ThinThread of GCSB surveillance

A surveillance device, Thin Thread, was probably sent from the US to NZ’s GCSB in 2000-2001 for testing. ThinThread collects local meta data, and can pass it on to foreign agencies. This raises fresh calls for an inquiry into GCSB activities.

Winston Peters is up to his old tricks again, with a racist attack on Chinese immigration. Heaven help us all if Peters holds the balance of power in 2014.

1/3 of Kiwis in energy poverty

A recent survey of two thousand Kiwis show that a third cannot afford to heat their homes properly.

That’s a third of the population who are vulnerable to illness, whose children are at risk, and who are being left behind as the electricity companies continue their price gouging.

This is why we need NZ Power.

People are starting to notice that the Nats are taking us into banana republic territory.

Nick Smith has a long history of slippery dealings.  He apologises but accepts no blame, then is resurrected: contempt of court, a defamation case, the Pullar-ACC “conflict of interest”, bad faith negotiations with Auckland Council, the Denniston Plateau deal. Yesterday on RNZ, Smith exposed the government’s agenda on mining conservation land.

The myth of ‘mum and dad’ investors

The myth that National sold Mighty River Power to ‘mum and dads’ is dead. New analysis shows that half the retail shares went to just 12,844 people. A tiny group of 394 people bought 10% of the retail shares. Only 13.4% of the company is owned by what you might call ‘ordinary Kiwis’ – less than the amount owned by foreign investors. But the truth is, ordinary Kiwis are the 98% who bought nothing. 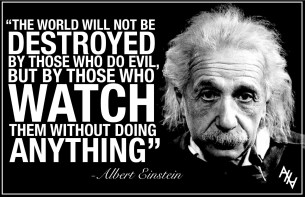 How to spot fascism

This. This is fascism. Giving spies the powers that they have in the States could prevent the kind of terrorism that just happened … in the States. The fascist author of this piece that the Herald disgracefully published even wrote: “if you have nothing to hide from the GCSB, then you have nothing to fear.” Do people actually say that and mean it? Yes, fascists do.

Labour will hold three selection meetings in the very large electorate, in Seaview, in Tolaga Bay, and the final one in Napier on Sunday. Labour has a very strong slate of six high-calibre candidates. New members are flocking to the party, and with over 500 electorate members having a say this time the meetings will be full on as well as full. All Party members can attend; anyone can register to get the result.

Save the Denniston Plateau 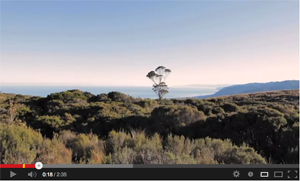 It looks like Nick Smith will today grant access to West Coast conservation land for mining.  This looks like a cynical attempt to enforce the government’s anti-conservation agenda by avoiding the legal and democratic requirement for public consultation. When will the NZ Herald headline: “Democracy Under Attack!”? [updated]

Lining up for charter schools

The PPTA has published a list of organisations that have expressed an interest in setting up charter schools, almost half of them religious groups, some of them with rather fringe beliefs. Do we really want scarce state education funding being used to teach creationism?

The rule of law

The report on the Urewera raids from the Independent Police Complaints Authority is (unlike some other reports we could mention) certainly no whitewash.

Anatomy of another Key lie

John Key has been caught in yet another lie, over his claim that Solid Energy asked for a $1 billion injection of taxpayer’s money.