Climate change is a disaster. It’s a slow motion train wreck that threatens the future of humanity on the planet, and an indictment of the short-sighted failures of our political systems (and our thinking in general).

As widely reported, 2014 was the hottest year on record. And that’s a good thing!

It’s a good thing precisely because it has been widely reported, and because it puts a stake through the heart of the denier industry’s arguments. In particular, because of the high of 1998, deniers have argued that there has been a “pause” in warming. There never was a pause, but the argument was technical. Now we have a nice simple headline again: 2014 is the hottest year on record.

Please – please! – let this be the end of the deniers. 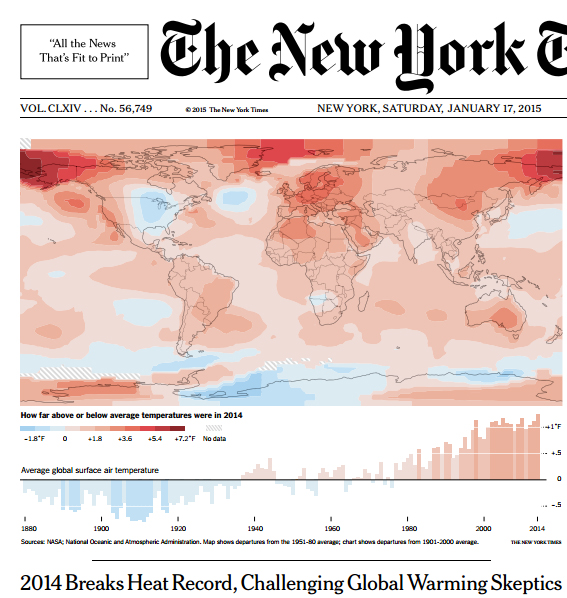