The EU has been in the midst of a severe “refugee crisis” for over a year now. Some say it is the worst it has been since WWII.

That the authorities were not immediately able to release the actual death toll from this instance of human trafficking, said to also include children, suggests how grisly the scene was. 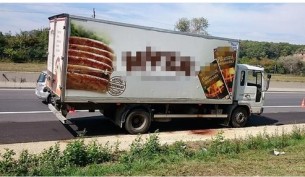 The badly decomposed remains were discovered on Thursday morning on Austria’s A4 motorway between Neusiedl and Parndorf. The truck had been abandoned on the hard shoulder of the road near Parndorf. It had apparently been there since Wednesday. The refugees, who appeared to have suffocated, died before they entered Austria, police said.

Hans Peter Doskozil, head of police in the district of Burgenland, said there were at least 20 dead but that the death toll could rise to 40 or 50. The state of the bodies made establishing an exact figure difficult. The identities were also not known, he said.

Sadly, updates suggest that the death toll from this incident is more like 70. Crammed into the back of that small truck. This horrific story forms the latest episode in the countless thousands upon thousands of refugees who have died in 2015 trying to flee to the EU from disrupted and war torn countries like Syria, Iraq, and Libya. The UN estimates that just Libya itself has more than 400,000 internally displaced people due to the ongoing disintegration of that country. The number in Syria is in the millions.

It comes amid a worsening migrant crisis in Europe, with tens of thousands of refugees from the Middle East and Africa – primarily Syria – trying to make their way to Europe’s borderless Schengen zone.

More than 28,300 people applied for refugee protection in Austria in the first half of 2015.

Meanwhile, the Hungarian prime minister’s chief of staff says the number of migrants trying to reach western Europe through Hungary could reach 300,000 by the end of the year.

No wonder many of these dispossessed and desperate people are looking to flee to the ‘paradise’ that the EU represents. Germany may settle as many as 800,000 refugees over the next year. But that only scratches the magnitude of the issue.

In this recent video taken on the frontiers of the EU, hundreds of refugees push past armed police at the Greece/Macedonian border. There will be more to come.

Serbia is another country overloaded with refugees trying to get to the EU via Hungary, and is using Russian help to set up temporary encampments for them. 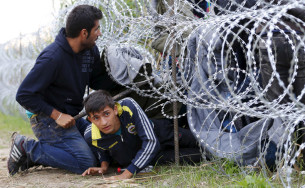 The bitter irony is that EU and NATO members have been instrumental in the destruction or destabilisation of many of the countries that large numbers of refugees are now fleeing from.

The western political/military class which signed off on the decisions to take down Gaddafi, Saddam, Assad, etc. are now having to deal with the long term consequences of those imperial actions arriving, almost literally, on their own door step.

Economic repression, climate change, and further wars/regime change of empire will only make these tragic refugee incidents worse, and lend credence to the radical (fascist) right in Europe.

Donald Trump will not be the only one expressing the need to start building ‘Great Walls‘ to keep the unwashed masses of foreigners out.

We are entering a time when the human cost of ‘pretend and extend’ in order to maintain the elite’s version of Business As Usual is rapidly climbing.