A brilliant (if flawed) event – Key must resign

Last night Dotcom made a complete mess of his personal “big reveal”. He should have backed up the letter leaked earlier that day to The Herald. He didn’t, and that can only lead to increased doubts over its authenticity. That story will play out over time, of course, but it created a diversion on the night which distracted from the main message.

In other respects it was a brilliant event. All of the speakers had their strengths, but Snowden was particularly compelling, setting out his personal testimony – New Zealanders are under mass surveillance. Here’s how Key’s “story” with respect to such claims has evolved – from:

Greenwald has had access to leaked documents provided by whistleblower Edward Snowden, and he says he will release a report that would show the GCSB has been conducting mass surveillance on New Zealanders — a claim Mr Key strongly denies. “There’s no ambiguity. No middle ground. I’m right. He’s wrong,” Mr Key told reporters today.

Mr Key said Cabinet signed off a proposal for the GCSB to investigate a business case for widespread cyber protection of New Zealand entities, but he personally stopped the work in March last year because he thought it was a step too far. “In the end, that never even got to a business case.”

Mr Key today acknowledged the GCSB had indeed tapped into the cable, but for the purposes of a cybersecurity programme. However, Mr Key said concerns the project would be perceived as mass surveillance led to it being scaled back to a much narrower programme.

…to the pure distraction of the release of hastily declassified documents that relate to something else entirely (CORTEX).

The Greenwald / Snowden revelations (no need to repeat them, go read the originals here and here) relate not to CORTEX but to Speargun and XKEYSCORE, about which Key says – nothing:

”we don’t discuss the specific programmes the GCSB may, or may not use”

So from Key we have changing stories, irrelevant distractions and refusal to comment. From Snowden we have compelling first person testimony and supporting documents (uncontested by any other Five Eyes leader). New Zealand is under mass surveillance. “If you live in New Zealand you are being watched”. Changes to the GCSB legislation were part of a planned expansion of that process. Time for Key to make good on his promise:

Prime Minister John Key says he and the head of GCSB would resign if the spy agency were found to have conducted mass surveillance. 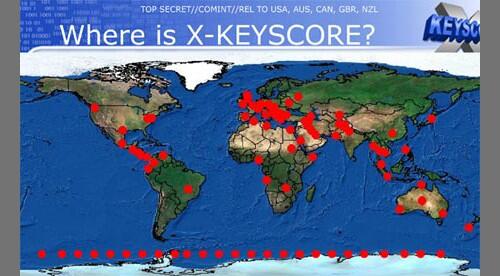 71 comments on “A brilliant (if flawed) event – Key must resign ”