National’s latest plan to save the country – make another list of targets! Targets that we won’t know have been achieved or not until 2018 – National would need to be a 4 term government to ever be held accountable to these targets. Once again, you can’t help but quote the New Zealand Institute’s critique of National’s promise ‘close the gap with Australia’: a goal is not a strategy.

Funnily enough, closing the gap is not on this list. What is on the list is a curious mix of the utterly unambitious, the impossible, and the deceptive.

I’m just going to look, mainly, at the ones that are billed as ambitious but are actually just extensions of the current trends

Check out the NECA targets: 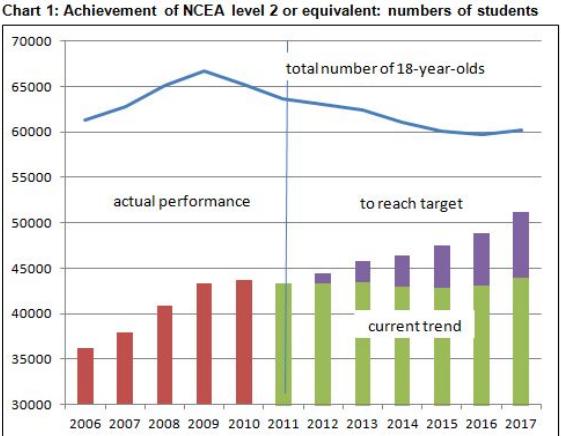 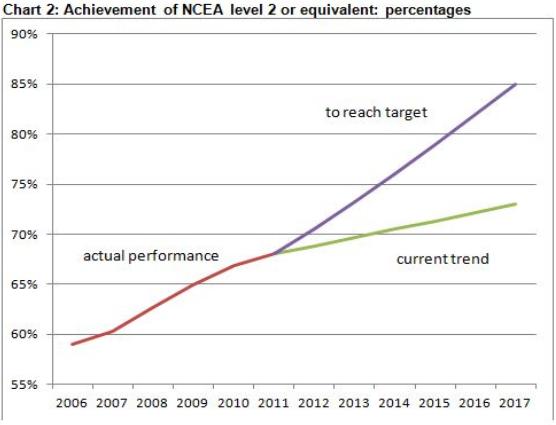 Isn’t there something odd about those graphs? Isn’t it actually the ‘to reach target’ line that best fits with the trend over the past decade? The ‘current trend’ lines look unreasonably low. By my reckoning, the NCEA goals will more or less be achieved just on current trends. And, if they wouldn’t, well what’s the plan to get there? Where’s the extra, targeted money? There isn’t any plan, there isn’t any resources.

Then, there’s the rheumatic fever target: 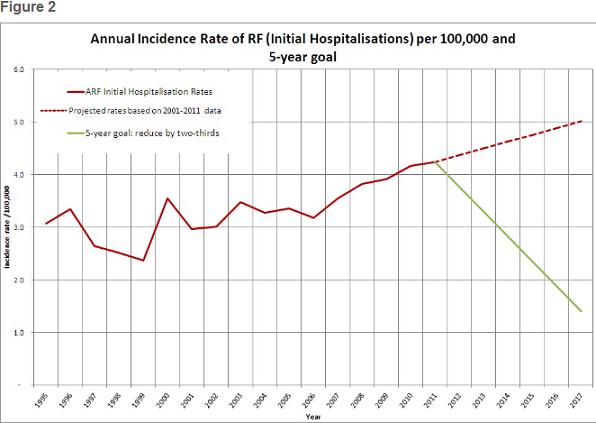 I can’t help but notice that RF rates were flat to downward trending before National came to power. They’ve increased by about a third under National. Turning this around would be worthy, RF is just one disease of poverty caused by overcrowding and poor quality housing. But where’s the housing programme to get there? Where are the standards for private landlords?

Then, there’s the crime rate target: 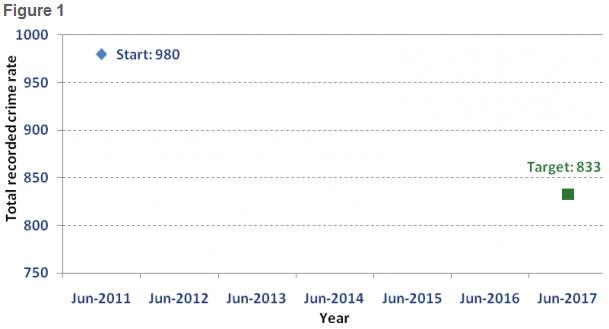 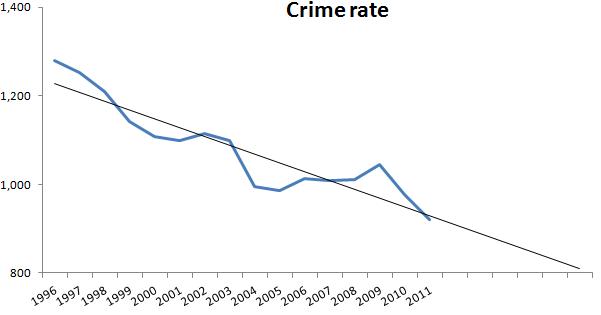 So, this ‘ambitious target’ is to undo half the damage we’ve seen under National. And, there’s no plan to do it. The solution to people being on benefits is jobs. But National says that only the private sector can create jobs (except when they’re promising 170,000 jobs in the next four years). So, how can it be a government target to get people off benefits if they don’t control how many jobs there are for people? Like the NZ Institute said: a goal is not a strategy.