A proposal for a Remarkables National Park 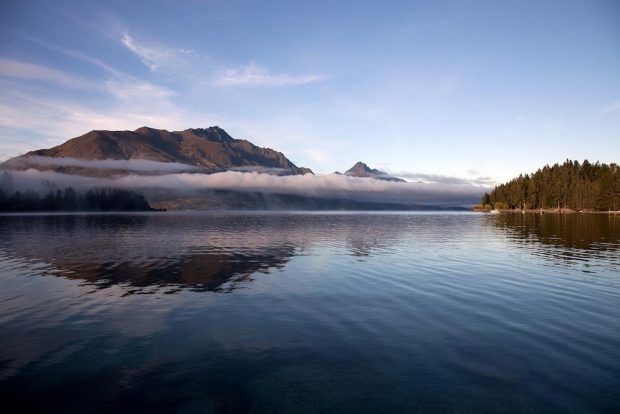 There’s a proposal for a new national park, covering the Remarkables and high tussock country in central Otago including the Garvie Mountains, Old Woman Range, and Old Man Range. It’s been promoted by the Federated Mountain Clubs of New Zealand and supported by Forest and Bird.

The FMC site is here.

The reasons for the proposal are outlined here.

Federated Mountain Clubs President Peter Wilson said: “The proposed park is a long-held dream of conservationists and recreationalists, notably Sir Alan Mark, who was one of the first to see the beauty and the botanical richness in our high-country tussock landscapes.”

The Remarkables National Park seems a pretty useful area to protect given that it is one of the main supports of our entire tourism industry as they fly in, and they take endless pictures of them to savour about our country. Personally I’ve never tramped there other than dabbling around its shoreline, and otherwise stick to the existing Great Walks. But that dramatic part of New Zealand’s wilderness hits you as soon as you get off the plane, both as bright snowy air and visually.

Bits of this area already have some limited conservation protection. But consider what national parks are for. The National Parks Act of 1980 was established to codify the purpose, governance and selection of national parks. It begins by establishing the definition of a national park:

“It is hereby declared that the provisions of the Act shall have effect for the purpose of preserving in perpetuity as national parks, for their intrinsic worth and for the benefit, use, and enjoyment of the public, areas of New Zealand that contain scenery of such distinctive quality, ecological systems, or natural features so beautiful, unique, or scientifically important that their preservation is in the national interest.”

I can’t think of a better place to fulfill that Acts’ purpose. We haven’t had a new one formed since Prime Minister Helen Clark opened Rakiura National Park in 2002, fifteen years ago.

The launch is of course timed to be political. President Peter Wilson said “We want conservation and outdoor issues to be dinner table conversations around the country heading into the general election.” He is calling for the Federation’s 20,000 members to put this issue and others to politicians that are seeking their vote. Link that with the massive membership of Forest and Bird and you have something worth considering in the political mind.

I’m looking forward to seeing how the parties position themselves on this one – I think it makes so much intuitive sense. Who knows, maybe the Southland candidates from all parties could figure out where they stood on it – perhaps our good Prime Minister from Dipton could be drawn on the matter. So far the Minister of Conservation has been very coy. Would be good to hear their thoughts.

If you happen to be in the area, there will be a public meeting about this national park proposal and an official launch in conjunction with the New Zealand Mountain Film Festival in Queenstown on July 8th.

9 comments on “A proposal for a Remarkables National Park”