ABC: The Lexicon of Labour

A second curious similarity has emerged from the wreckage of the UK Labour party’s disastrous General Election defeat.

The first was the Tory’s successful re-running of the informal Crosby/Textor dog-whistling during the NZ election that Labour  could only win with the help of Hone Harawira and Kim Dotcom. This scare tactic was converted into a formal campaign position in the UK, with the Tories using advertising that blatantly said Vote Miliband, get Salmond. 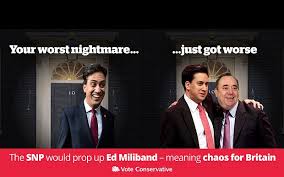 Now, and rather weirdly, the campaign to replace Ed Miliband as leader has thrown up a term Standard readers will have hoped was consigned to the dustbin of history: the ABC club. Rather than Anyone But Cunliffe, the Blairite wing of Labour are proposing the formation of an Anyone But Corbyn club as the firebrand socialist Jeremy Corbyn is on course to win the 4 way contest. A YouGov poll on Tuesday shows Corbyn comfortably  leading the vaguely left candidate Andy Burnham.

This result has caused no end of panic from the centrists and Blairites in the Labour Party. Nothing shows this better than the pitiful whining of John McTernan, a former special adviser to Tony Blair who told the BBC’s Newsnight programme a couple of the contenders should consider dropping out in order to pool centrist support and block Corbyn.

“These figures are disastrous for the Labour party, disastrous. The fact is the other candidates need to decide who is the ABC candidate; the Anyone but Corbyn candidate,”.

McTernan complained that party activists were “suicidally inclined” and condemned MPs who gave their nominations to Corbyn in order broaden the debate, even though they did not actually want him as leader.

“They need their heads felt,” he said. “They are morons.”

And Tony Blair has weighed in, as well. Speaking at a function organised by Progress, a conservative Labour party think tank, Blair opined that Labour members should not seek to wrap themselves in a Jeremy Corbyn comfort blanket, saying that members whose heart was with the leftwing candidate should “get a transplant”.

And well, … nah, actually. The result north of Hadrian’s wall suggests that there is an appetite for genuine left wing policies in Britain. If Labour is to have a future in Scotland, and the rest of the UK, then somethings gotta change. Another  middling, unconvincing leader is not going to improve their chances of toppling the Tories in 5 years time.

At the moment there is a battle for the soul of the UK Labour Party. It’s got that bad that on Monday night, 48 MP’s defied a three line whip and refused to abstain on the government’s bill lowering the household welfare benefit cap. The 48 joined the SNP and the Greens in voting against the measure that limits the total income a household on benefits can receive. It was the largest revolt against the Parliamentary Labour Party leadership in years.

A veteran MP and lifelong activist, Corbyn’s platform is firmly anti-austerity and he can point to his own result in the General Election as a reason for optimism about the depth of his support. Almost alone amongst Labour MP’s he actually lifted his majority in his seat of Islington North.

Corbyn is close to both the SNP and Ireland’s Sinn Fein. He wants to use policies from those parties and implement some legislation already in place in Scotland, including free higher education. I can’t think of any reason why his ideas shouldn’t be tried. The alternative is a consensus of the bland.

In one bizarre twist, the establishment right are pretty keen to see Corbyn win as well; the Daily Telegraph has a handy 3 point guide to rorting the electoral system in the hope that Corbyn will doom Labour to permanent opposition. What larks!

The other candidates are:

The election is carried out under a ‘One Member, One Vote’ system. The result will be announced at a special conference on September the 12th.

In the two national conferences before our next General Election the NZ Labour Party  can set policy that clearly sets them apart from the other contenders. Have no fear, the middle ground can be won from the left. It’s not a given that only policies that appeal to floating voters matter. But policies that genuinely reflect the broad church that is Labour require the kind of belief and courage that UK Labour members are showing in their leadership contest.

The days where the ABCers held the NZ Labour Party back are over. If we want it. If we work for it.

63 comments on “ABC: The Lexicon of Labour ”