Affordable housing fail – we can’t rely on the private sector

To the complete surprise of absolutely no one:

Affordability requirements in up to half of Auckland’s special housing areas look set to lapse because developers have not even applied for consents ahead of the areas disappearing next month.

The revelations have sparked claims of land-banking, and at least one developer is seeking legal advice on whether the affordable housing rules will still stick after that date.
…
The special areas, which gave fast-track consents in exchange for requiring that at least 10 per cent of new housing was “affordable”, will be disestablished on September 16 after the city’s new Unitary Plan comes into force.

They aim to boost housing supply and stem house price inflation that has seen the average home’s value soar to nearly $1 million.

Labour Party leader Andrew Little said he was “stunned” little more than a third of the areas had even got to the consenting stage.

“It just looks like the special housing area policy has been used to help build land banks,” he said. …

Private sector developers want to make money, which means selling expensive units. There is no incentive for them to build “affordable” housing. If we want to house our people it is up to the government to build some bloody houses.

So, turns out Special Housing Areas were (mostly) a failure https://t.co/FzD06GkY8s 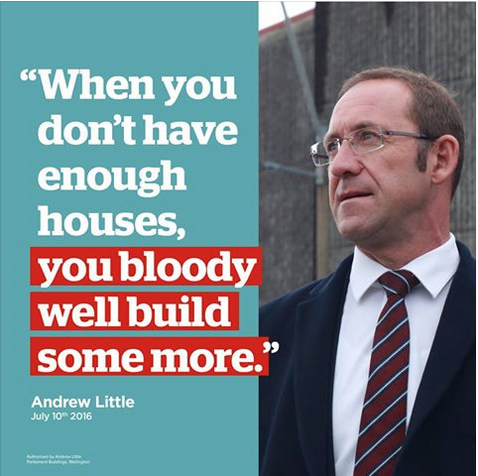