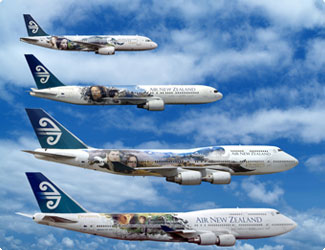 The Government has confirmed plans to sell down its stake in Air New Zealand, with 20 per cent of the shares on sale from tomorrow.

The state owns 73 per cent of the national carrier, and plans to reduce that were tipped last week.

Finance Minister Bill English and State Owned Enterprises Minister Tony Ryall confirmed today the Government had started the process to sell 20 per cent of the shares, reducing its shareholding to about 53 per cent.

Mr English said the sale to New Zealand and some offshore institutions would start tomorrow via a bookbuild process.

“We expect the transaction to be completed by Tuesday evening.”

Twenty percent of Air New Zealand, worth $363 million at Friday’s price is being sold at a price per share of $1.65.

The timing of the announcement is interesting.  There will be no chance for Parliament to debate the matter until Tuesday afternoon and by then it should be too late.

You also have to wonder at the pace of the sale, occurring shortly after the Meridian Float.  It appears that the Government is in a real hurry to divest itself of the identified shares as soon as possible.  Three possible reasons spring to mind:

One thing is for sure.  There will be no ordinary mums and dads benefitting from this.  The shares are being offered via a book build to institutions and investors.