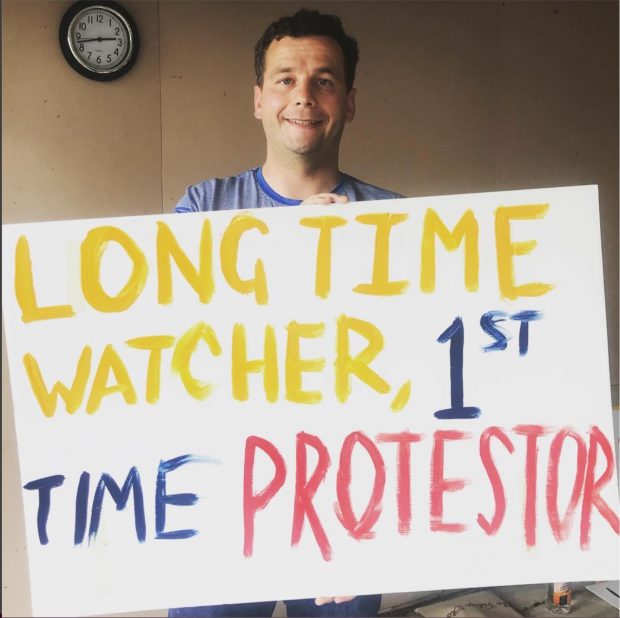 It seems that the Springbok tour protests in 1981 had a deep and abiding effect on David Seymour, even though he would not be born until two years later.

He was clearly affected by the experience or lack thereof and has clearly harboured a deeply felt opposition to apartheid ever since.

But regrettably his deeply felt opposition to apartheid is not matched by his understanding of what it involves.  Because he has confused the ability of part of the electorate to refuse to allow meaningful representation of Maori with the gross suppression of rights based on race.

“The Government’s Apartheid Bill will not begin to solve the fundamental economic and social issues our nation faces,” says ACT Leader David Seymour.

“Labour’s Māori wards legislation is better described as the Apartheid Bill. The basic assumption underpinning it is that our country has two categories of people with different legal rights.

“The most odious belief in human history is that we should treat people differently based on their racial group.

“This legislation makes the colour of someone’s skin more important than the content of their character.

“Just as the world is trying to make people more equal and focus on our common humanity, this Government is focused on dividing us based on who our great grandparents were.

“What’s more, there is no problem to solve – 14 percent of councillors are Māori, the same proportion of Māori in the general population.

“We should seek to be a country where every person has the same rights and duties.

“The real problem New Zealand faces is a shameful inequality of opportunity. That will not be solved by this misguided legislation.”

This may shock you but Seymour is right because not everyone has the same rights and duties and New Zealand law did allow for discrimination on the basis of race.  Previously Council election arrangements were determined by Councils with a complicated process involving hearings and the opportunity of an appeal to the Local Government Commission.  There is no equivalent process for Maori wards, where there is the opportunity for a minority of the electorate to run a petition and upset the result.  The law change means that all seats will be treated the same.

Graham Beattie, who was involved in the original law change, has provided this nuanced description of events at the time and why the system was set up in the way it was.  His concluding paragraph captures the complexity of the situation well.

This is not to suggest that all the current statutory provisions still provide the right settings today, 20 years after their enactment, and with a maturing view of the Treaty partnership in Aotearoa. As both associate minister for Māori development and minister of local government, Mahuta is ideally placed to carry out the required review.

He is right, a maturing view of the Treaty of Waitangi means that we should ensure that there is Tangata Whenua representation at Council level.

Seymour’s rant is nothing more than dog whistle racism.  And using a phrase that highlights the extreme levels that racism can reach to denigrate a change designed to protect minority representation and respect treaty obligations is totally crass, even by his standards.