An in Vogue Prime Minister

There’s an article and photo shoot of Jacinda Ardern in the latest (US) Vogue, and various commentary is starting to be made. The Vogue article is online. 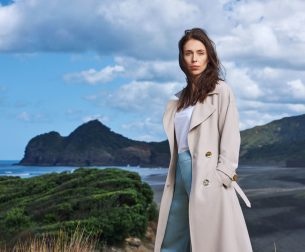 Myself, I don’t have a problem with this, or the whole Women’s Weekly thing. I want a PM who makes time to connect with different parts of the electorate. Lots of women read fashion and women’s magazines, including women who have no other connections to politics.

Where there might be an issue is are there parts of the electorate that Ardern isn’t making time for? I found the Greens’ appearance on the cover of North and South in May last year culturally jarring. 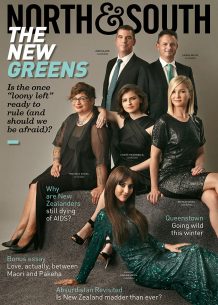 But the issue isn’t them doing PR to well off Auckland millennials, it’s that I didn’t see the party put the same intent and effort into normalising to the mainstream an association between the Greens and the underclasses (despite their actual pro-safety net policies). There’s a connection between that and what happened with the attacks on Metiria Turei after her speech on transforming welfare last year: NZ still hates on parts of the community, and our politics reflect that. It also sanctions it, vicious circle. Labour and the government run this risk too.

There’s also criticism along the lines of is this a good use of the PM’s time? Apparently the interview and photo shoot happened on a Saturday late last year and not during the political week. It’s clear that Ardern is working hard and sacrificing much, so I can’t see the problem here.

The support for NZ designers will play well in many circles. This is Ardern doing something good and building political capital. I think this is smart if we want a second term Labour-led government with a higher majority. It’s not enough on its own, obviously we need the Labour government to do some serious politics and change, but it’s not hurting Labour’s ability to do those things.

The anti-Trump framing is very US looking for hope, but I think they are close to being right. She’s not a Sanders, but she is the liberal inverse of Trump. For the left that’s a boon (we should be making use of the fact that Ardern can pull the popular vote), but it’s also a risk. Will NZ settle for neoliberal-lite, or will we keep moving left?

There’s also a certain amount of schadenfreude with regards to the right, who endorsed nine years of Smile and Wave PR as cover for plundering the country. They have no leg to stand on in criticising Ardern or Labour for the increasing likelihood of three terms from the whole photogenic baby thing. National made this culture of politics to suit their own ends, now they can get fucked.

Even better, Ardern’s popularity comes as across as genuine. From Vogue,

Later that day in November, we head to the campus of Auckland’s Unitec Institute of Technology, where Ardern is addressing the crowd at an event dedicated to women in leadership. On the way, a schoolboy in his early teens, dwarfed by a backpack, ambles by. “Big fan, Jacinda!” the boy shouts. Her security guard doesn’t blink.

You can’t fake that feel good.

We have a feminist, progressive, very smart, articulate, young and PR-savvy Prime Minister who is leading a government that is now doing good things. On it’s own that’s not enough, we still need to move NZ left or greenwards, but it’s not nothing either,

She thanks the party faithful for all their work over this momentous year and asks them to “reflect on how exciting it is we have this opportunity for change in New Zealand.” Ardern has always maintained that she wants her brand of politics to be kinder—and you can feel that energy in the air, a kind of gracious optimism. “It’s going to take some time,” she says, “but in the meantime I hope people feel differently about their government.”

Many people have been feeling this keenly. The need for kindness has for now transcended the need to move beyond neoliberalism. NZ is catching its breath and recovering mentally somewhat from the past decade. However, while we need kindness, but we also need more than what Labour are currently offering.

Stephanie Rodgers has pointed to the need for values-based politics. It’s not enough to have a strong set of values, you have to act on them in real ways. I don’t see Labour getting that yet, and I think this is a better point of critique and holding Ardern accountable than positioning her photoshoot against perceived Important Politics.

Labour are intent on signing the TPPA-11 and they’re not going to raise benefits, to name two pressing issues.  Ardern is talking up climate action, but the government is still dragging the chain on making the big important moves. They’re happy with those things, many of us are not. The task here is to build a movement that will pull Labour left, and figuring Ardern’s positivity and PR skills into that will be important.

52 comments on “An in Vogue Prime Minister”