Andrew Little: Together, we will fight for justice for Pike families 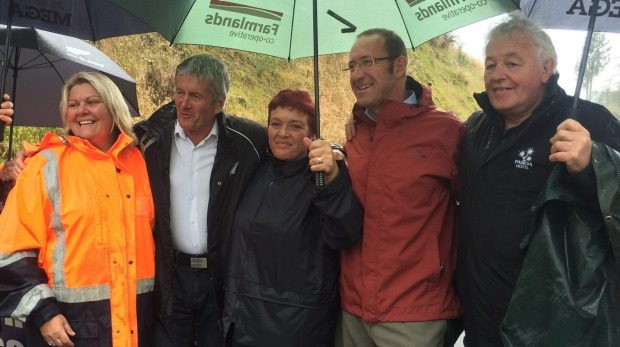 In Labour we use the phrase “Kiwi dream” to talk about our vision for New Zealand. To me, it’s a shorthand for the way we as New Zealanders believe in equality, in dignity, in looking out for each other, in doing what’s right even if it’s not easy. It symbolises who we aspire to be and who we are when we are at our very best.

The way the families of the 29 men whose bodies lie in Pike River Mine have been treated is not New Zealand at our best. The endless messing around, broken promises, and mistreatment of people who rightly expected to have everything done to retrieve their loved ones and find hard evidence of what killed them, is not how we expect Kiwis to be treated by their government.

What happened that terrible day at Pike, and what has happened since, should be of immense concern to all New Zealanders. Because it’s bigger than Pike River.

… this week when I was standing with Anna, and Sonya, and Bernie, and Dean and the other family members and supporters at the picket line I realised that things have changed. They are making their own hope now and finding their own power. It shouldn’t have come to this – bereaved mothers, fathers, wives and children having to take matters into their own hands just to get what the Government promised – but it has.

I support safe re-entry, which the experts say can be done. I want justice for the families of the worst workplace tragedy in decades. If New Zealanders choose to change the Government this year, Pike will be a priority in my first hundred days as Prime Minister.

I urge you all to stand together with Pike. It’s the Kiwi way.

For more updates on the campaign check out www.facebook.com/standwithpike

105 comments on “Andrew Little: Together, we will fight for justice for Pike families ”