Another reason for water pricing 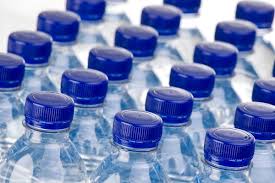 How unfortunate for the Government. Another example has arisen which gives it plenty of reason to seriously consider water charging, at least for corporations who want to get it for free and then export it at huge profit.

A plan to extract millions of litres of water out of a Unesco world heritage site, send it by pipe to the coast and ship it to foreign markets for bottling has ignited a campaign over water resources in New Zealand.

An export company is proposing to collect 800m litres a month of the “untapped” glacial waters of Lake Greaney and Lake Minim Mere, mountainous dams that are fed by rainfall on the Southern Alps.

The pristine water, which the company Alpine Pure calls “untouched by man” would be pumped 20km downhill through an underground pipeline to a reservoir at Jackson Bay on the West Coast, where it would be processed.

From there, it would travel through a two-kilometre pipeline laid on the seafloor to a mooring, where 100,000-tonne tanker ships would be waiting to transport it in bulk to overseas markets in China, India and the Middle East.

The company already has permission to extract the water and is going through the process of getting resource consent from the Westland District Council for the pipeline.

Green groups are calling on the government to urgently step in and protect the nation’s freshwater springs and lakes, although Alpine Pure claims it is only taking a fraction of the water that falls as rain on the Southern Alps.

“Pristine water has been falling on the Southern Alps for a million years, and it would usually be wasted by flowing directly out to sea. The amount we want to take is very small.”

The company’s justification matches that given by the Government, that it is only a little bit of water and to allow it to flow to the sea would mean that it was “wasted”.  Better to give it away to corporations for free.  After all donations may result.

There is intense local opposition to the current regime, particularly in the Hawkes Bay. Locals are rightfully incensed that at a time when they are required to burn water because of its poor quality pristine water is being exported overseas. The Bung the Bore organisation has organised a 15,000 petition and is particularly active.

As I have said before water is an issue that is going to haunt this government.  Of course our rivers should be swimmable, in the proper meaning of that word.  Cows and farmers should not be allowed to foul our water ways.  For this Government to spend our money on irrigating farm areas to the detriment of natural systems is astonishing.  And allowing corporations to export water essentially for free is a particularly insensitive not to mention uneconomic use of a vital natural resource.

19 comments on “Another reason for water pricing ”