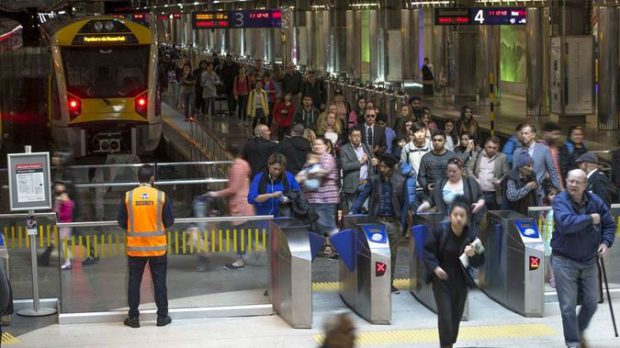 Thanks to Warren Doney for referring to this in open mike this morning.  The importance of the rail system to Auckland is being shown because limited industrial action (working to rule) is resulting in major traffic congestion.

As he points out we are only getting one side of the story from MSM.  Auckland Transport is trying to save money by cutting costs and the MTU considers that there are safety issues.

Here is a media release put out by the MTU.

Auckland rail workers have overwhelmingly voted to take industrial action as their employer insists on cutting staff on commuter trains.

Beginning tomorrow, rail workers who are members of the RMTU will take a ban on overtime.

“This plan will make locomotive engineers – the people driving the trains –responsible for passenger assistance and security. This isn’t safe, and rail workers won’t put their passengers at risk like this.”

The workers have been in collective bargaining with French-owned multinational Transdev, since May. Auckland Transport is involved in the negotiations, but is also pushing the driver-only model.

However, preliminary results from a survey by the Public Transport Users Association have revealed nearly all passengers support keeping safety critical staff on trains.

“Train managers are the first responders in medical emergencies; they ensure all passengers, including those with disabilities, can safely board and disembark; they’re a deterrent to anti-social behaviour. With train managers on every train, the public can feel safe knowing a skilled, uniformed member of staff is never far away,” says John Kerr.
“An overtime ban will affect services, so we hope management will start listening.

“We issued notice of the ban on Saturday afternoon and AT immediately
announced a reduced train timetable. Our members don’t want to inconvenience the public, and we know they support us in not compromising their safety, so we’re calling on AT and Transdev to resolve this dispute.”

“We had a positive meeting with both AT and Transdev on Friday and have another scheduled for next Wednesday. If we make progress we can call off the overtime ban, if not our members are also willing to take full-day strikes.”

“We call on Auckland Council and central government to step in and tell Transdev to keep our passenger trains safe.”