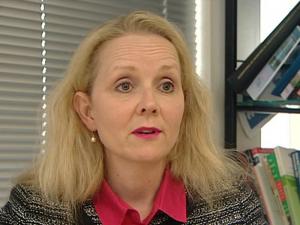 One of the inquiries into issues arising from Dirty Politics has come to a very unsatisfactory conclusion.

Concerns were raised by the Greens about former National MP Katherine Rich.  She is now the chief executive of the Food and Grocery Council whose roles include lobbying for the alcohol, tobacco and grocery-food industries.  The alleged conflict related to her appointment to the Health Promotion Agency, a government quango whose job is to promote health, wellbeing and healthy lifestyles, the pursuit of which requires people to consume less of her sponsors’ products.

Rich is mentioned in Dirty Politics.  One of the allegations made is that Tony Falkenstein, an anti obesity campaigner, was targeted by the Whaleoil blog and attacked at the request of Rich.

The background is described in the Herald:

In Dirty Politics, Hager claimed Mr Falkenstein was written about after his name appeared on an advertisement seeking out people with Type 2 Diabetes. The advertisement, which sought people for a possible Australian class action against soft drink companies, was sent by Mrs Rich to Mr Graham, and then to Slater for his website, he claimed.

Mr Hager claimed another email had Mr Graham telling Slater: “Coke keeps sending stuff to KR expecting her to do something (where we come in). Hit pending.” Mr Hager claimed at least one post was also written on Fonterra’s behalf, again through the Food and Grocery Council. A spokeswoman for Coca-Cola said it would take “a bit of time” to respond to the allegations and offered no further comment. A Fonterra spokesman said “we have never, directly or indirectly, requested or paid for posts on the Whale Oil blog”.

Maybe this was Cameron just big noting.  But the allegations are that serious they need to be investigated properly.

The Greens complained to the Auditor General and managed to persuade her to conduct an investigation.

Putting to one side the use of Slater to conduct smears on health advocates Rich’s involvement on the HPA takes some understanding.  Letting someone representing Coke or the alcohol or tobacco industies have a say in promoting healthy lifestyles would be akin to allowing Mobil to dictate climate change policies.

The Auditor General announced her decision into the investigation this week and decided that no conflict exists.  She did not see the need to interview Mrs Rich and determined that section 62(3)(ca) of the Crown Entities Act 2004 resolved things.  This section states that a person does not have conflict of interest only because they have “past or current involvement in the relevant sector, industry, or practice”.

This is a very brave decision because it appears that Ms Rich has never declared an interest in any matter. Ever.

This is startling.  It is one thing to be appointed to a position with the potential for conflict.  It is another for a conflict of interest to have never been acknowledged.

Section 62(2)(d) of the Crown Entities Act 2004 says that someone has a conflict in a matter if they may be directly or indirectly interested in the matter.  The FGC must be interested in the activities of the HPA.  The way I see it nothing could be clearer.  And section 62(3)(ca) cannot have been intended as a blanket protection for appointees with industry connections.  It is merely saying that in general those connections do not of themselves create an interest.  But it is not difficult to imagine a situation where decision concerning a campaign has a direct effect on a personal interest.  And in this situation an interest should have been acknowledged.

Anyone so interested must disclose it.  And they are not meant to vote or even take part in the discussion concerning any matter they have an interest in.

An interesting feature of the decision is that the section the Auditor General was relying on was inserted into the Act with effect from July 18, 2013.  Rich was appointed to the HPA on June 19, 2012.  The protection afforded by this particular section was not there for the first 13 months of her term.

The Auditor General decided that the Dirty Politics allegations were out of scope as these were allegations made about her acting in a personal capacity.  I guess a comment about the appropriateness of her continued role in the position would be out of scope but you have to wonder at her suitability to continue given what has been alleged.

The issue is important.  The HPA has a vital role to play in helping New Zealand deal with obesity and related health effects.  Allowing someone linked to Coca Cola or the Tobacco or Alcohol industries to make decisions about the shape of campaigns leaves you with the strong impression that the HPA will be doing less than what it should be.