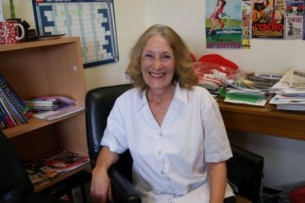 Over 30,000 aged care workers and tens of thousands of other low paid women workers are awaiting the decision of the Employment Court in relation to an Equal Pay Case heard this week.

The Court was hearing a case brought by the Service and Food Workers Union, on behalf of $14.32 an hour senior caregiver Kristine Bartlett, alleging that her employer was breaching the Equal Pay Act 1972 by not paying her the rate that a male worker would get for work with the same skills, responsibility and service.

While the Equal Pay Act has been in existence for 41 years, this is the first case that has been taken for a female-intensive workforce and is provoking strong resistance from Kristine’s employer Terranova Homes and Care Limited and Business NZ.

Terranova argued that because it paid its four male caregivers the same pay rates as its 100-plus female caregivers then it was complying with the Equal Pay Act and told the Court it was being picked on and being put to great expense for no reason. It’s lawyer even made the comment that some jobs have always been paid low rates and always would be, but that was not about gender discrimination, simply the market rate that these jobs attracted.

Business NZ argued that a “pandora’s box” would be opened up if the Court agreed that women in female-intensive low-paid sectors, such as caregiving, were allowed to have their wages adjusted upwards to the level of male workers with the same skills, responsibilities and service outside of the female ghetto in which they were employed.

They argued that allowing the courts to set wage rates for workers in female-intensive areas was “returning to the past” and in the modern environment “business was allowed to bargain whatever rate it liked”.

These comments are at the nub of the problem that the Service and Food Workers Union and Nurses Organisation have encountered during the last 15 years in trying to address the abysmal wage rates paid to caregivers in aged care homes, hospitals, dementia units and pyschogeriatric units. The numerous committees, Government inquiries and parliamentary select committee reports have all agree that the women employed in this sector are underpaid but the situation has not changed because the cost of doing so has always been too great.

As Chief Judge Colgan quipped in the Employment Court hearing to a cost argument from Business NZ “cost arguments were made against the abolition of slavery”.

The Equal Pay Case follows on from a successful case that was taken by the Service and Food Workers Union for another group of low paid support workers in the disability support sector to win them the right to be paid the minimum wage for sleepovers.

The disability support sector also suffers from the lack of sufficient government funding, which makes collective bargaining an exercise in the pass-on of paltry increases, rather than a forum to establish the true wage rate for the job. It was only through going to the courts that the SFWU was able to gain the leverage to get the Government into serious bargaining about funding minimum wage payments for on-call work at night. Initially the Government indicated that the cost of doing so was enormous, but a negotiated settlement was concluded, the minimum wage established and the sky did not fall in.

Because of the very weak collective bargaining system in New Zealand, with no right to arbitration, more and more low paid workers are looking to organise around human rights arguments to win them wage increases.

This is the basis of the Living Wage Movement, with its emphasis on the right to a liveable wage for not just directly employed workers, but the tens of thousands who are now employed indirectly by contractors, sub-contractors and labour hire companies. Several city councils have adopted living wage policies and The Warehouse retail group has also picked it up.

But it is also the basis for the increasing use of the courts by low-income workers to seek support for the compliance by employers and the New Zealand Government with international human rights conventions, such as those that apply in the area of gender equity.

While it will be several months before the Employment Court makes its decision about the nature of the Equal Pay Act 1972, pandora’s box has already been opened, the right to a living wage is already on the agenda and human rights claims by low income workers to increase their wage rates and restrain unregulated market forces are on the increase..