John Key has been spinning so hard on the economy that he is now prepared to argue, with a straight face, that black is white:

Prime Minister John Key insists the mood of the business sector is “reasonably positive”, as confidence falls to the lowest level since the height of the global financial crisis.

Labour’s Grant Robertson said Key was painting a “dishonest picture” as there was no sensible reading which suggested the survey was positive. …

BNZ grows worried about ‘near-recession’ as Key talks economy up

The Bank of New Zealand is increasingly concerned the economy is grinding to a halt following today’s confirmation in the ANZ Bank Business Outlook survey of slumping business confidence.

“As each day passes, the likelihood of our alternative scenario, of an economy stumbling to near-recession, increases,” said head of research Stephen Toplis in analysis released at much the same time as Prime Minister John Key was telling journalists it was important to “keep Chicken Licken at bay” and not talk the economy down.

However, Key’s comments were undermined when it became apparent he had either misread or been wrongly briefed on the results of the ANZ survey, which showed a net 29 percent of businesses were pessimistic about the outlook for the economy, the lowest level of business confidence in six years, when New Zealand was starting to recover from the global financial crisis. Key had claimed that sentiment was still in positive territory. …

So was Key “misread” or “wrongly briefed” as The Herald would have it, or was he just spinning (lying through his teeth) because he always gets away with it? Either way it’s unacceptable. 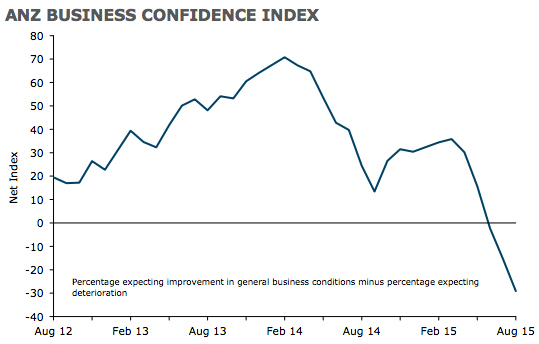 40 comments on “Away with the economic fairies ”