Be afraid, be very afraid … 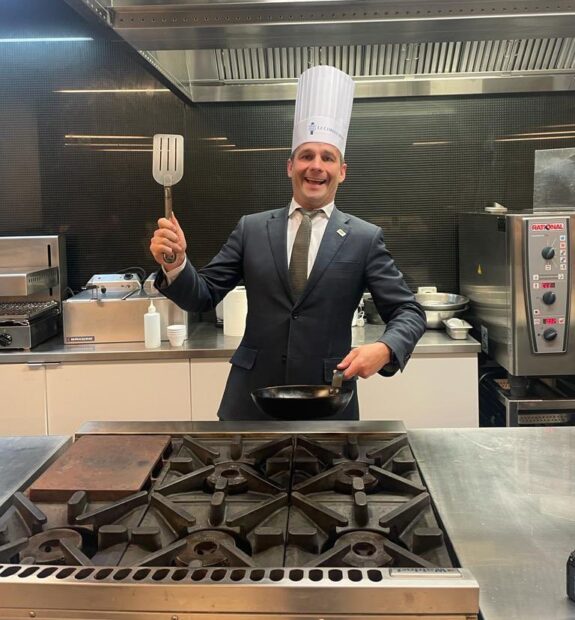 David Seymour is feeling his oats.

Earlier this week he was interviewed by Radio New Zealand and postulated on what the next Government may look like.

[Seymour is] concerned National will “babysit” the Labour Party’s ideas, and insists ACT’s role will be ensuring promises to repeal Three Waters and the Māori Health Authority come to bear.

“The lesson from history is crystal clear right from Sid Holland in 1949; he said Labour were applying socialism, destroying the country and then got in and didn’t change a thing. That’s happened another four times with Holyoake in 1960, Muldoon in 1975, Bolger in 1990 and Key in 2008.”

Yep National has always been such a wimp when it is in Government.

If you need proof then just remember how the first National Government under Sid Holland  declared a state of emergency and used troops as strike breakers and censored union publications in an attempt to stop waterside workers from getting a wage increase.

Or the second National Government under Keith Holyoake who brought in voluntary unionism and sent troops to Vietnam.

Or the third National Government under Rob Muldoon which campaigned using the threat of communism, wrecked the economy and caused a halt to foreign exchange trading and destroyed the Government Superannuation Scheme, a decision which has been described as having cost us a comfortable retirement, the Government would substantial Budget surpluses and prevented the country from having one of the best educational and healthcare systems in the world.

Or the fourth National Government initially under Jim Bolger which wrecked the union movement through the Employment Contracts Act and smashed families into poverty by insisting that benefits should only be 80% of the minimum amount required to live adequately.

Or the fifth National Government under John Key that sold off power company shares and used immigration and declining housing standards to make its supporters wealthier.

And it is not only the big decisions that hurt.  National’s cost accountant mentality means that health is not funded properly, schools are run into the ground and nothing functions as well as it should.  And the big future issues, such as addressing our water system or climate change, are never addressed.  Under all National governments the country drifts listlessly and things go backwards for ordinary people.

It makes you wonder what Seymour would have wanted to happen in the past?

The incarceration without trial of trade unionists?  Even more troops in Vietnam?  More think big projects?  Even larger benefit cuts and greater abject poverty in the 1990s?

Seymour’s comments are unhelpful rhetorical flourishes and they are lazy.  Who knows what level of misery he would have thought of being acceptable?

And beneath his goofy exterior lies some pretty scary policy proposals.

If you want to know what bottom lines Act will have if it is part of the next Government then one of its its bottom lines is the holding of a referendum on the meaning of the Treaty of Waitangi.

Why the interpretation of a treaty should be the subject of a measurement of public opinion is not readily apparent but you can imagine what the campaign would be like.

This is essentially well honed dog whistling about treaty settlements.  If the Treaty of Waitangi means anything and the promise of the Crown to preserve to Maori that which was important to them then we need to talk through a joint approach to governance.  It does not mean that Maori decide everything.  With Three Waters there are boards that have that responsibility.  But iwi input into the constitution of that board and its strategic objectives are pretty important.  Especially when you consider that water is one of the taonga that the Crown promised would be preserved for Maori.

Seymour’s comment can only suggest that the next National Act Government, whenever it is, will be on steroids, something akin to the Ruthenasia of the first term of the fourth National Government.

If you think I am overstating things then check out their other policies.  They are all there.  Charter schools, abolishing tariffs, opening the country up for foreign investment, unwinding any climate policy and leaving the future of our planet up to the market.

Of course contrarian lefties will claim that there is no difference between Labour and National.

I beg to differ.  And I have 86 years of Aotearoa’s history to back up my view.

National may be very cagy in not saying anything of substance right now in the hope they do not scare swinging voters off.  But Act has no such concerns and on current polling will have a significant role to play in the next National Government.  And the potential direction of a future right wing government are clear to see.

Be afraid.  Be very afraid …