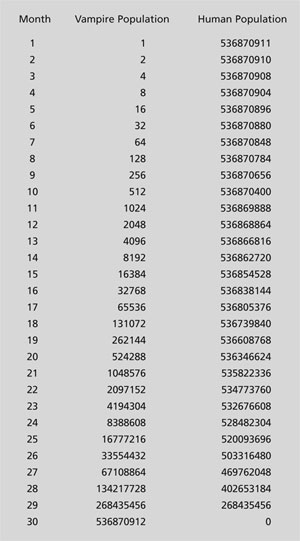 It turns out that their existence would contradict ours.

Here’s the maths to prove it:

“Let us assume that a vampire need feed only once a month. This is certainly a highly conservative assumption, given any Hollywood vampire film. Now, two things happen when a vampire feeds. The human population decreases by one and the vampire population increases by one. Let us suppose that the first vampire appeared in 1600 c.e… [read on]”

While you’re there don’t miss the goss on ghosts (they can’t walk) or the low-down on zombies (they’re poisoned but probably not dead).