Bennett admits she was wrong 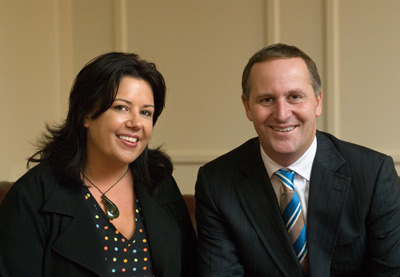 Paula Bennett sought leave yesterday to make a personal explanation to Parliament so that she could correct an answer that was, how do you say, incorrect.

In response to a supplementary question asked during question No. 5 on 10 May, I said in relation to the $41.1 million for emergency housing in Budget 2016 that: “The new 3,000 places will be for anyone—individuals or families—who has a genuine need for emergency accommodation.” I should have said that the funding will be for 3,000 places, and that some of those will be new and some will go to the many emergency housing providers that require dedicated ongoing funding so that they can keep their doors open.

I am not sure her explanation was correct either.  Because the $41 million is spread over four years and is mostly going to social housing providers to essentially make sure that existing beds are kept available.  There is no proof that any new beds will be created.  And it is typical of this Government that it will spin the funding of chronically underfunded social services to keep them operating as a solution for homelessness.

Of course it was all a regrettable mistake and misspeak by Paula.  But she said this the next day in a press release:

The bulk of the $41.1 million of new operating funding will be used in two ways:

The new places will be available to anyone who can demonstrate they have a genuine need for emergency housing.”

Perhaps she is an inveterate misspeaker.

When you read the press release your heart lights up with joy.  Hosanna National is going to put some serious money into the homeless crisis.  Maybe they have seen the light.

But the problem is that there is so much wriggle room in what Bennett said.  And when you read it carefully with the benefit of understanding subsequent events you realise that things are not as swimmingly wonderful as she said.  If you parse the statement it is clear that not all of the money is going to be spent on homeless kiwis.  But the first reading suggests there will be 3,000 new beds for homeless people created.

And it is so frustrating how vague this government is with some figures yet how precise it is about others.  For instance ask them what measure there is for children live in poverty and they will say something like this:

Ask how many homeless there are and they will say about 500 are on the WINZ waiting list as if that is an answer.

But they know precisely how many beds will be made available by their spend although the figure is overstated.  National has made a practice of trotting out figures that help its spin but ignoring statistics that show that things are going wrong.

Paula has by making her personal statement apologised to Parliament for misleading it.  Maybe she should apologise to the people of New Zealand for doing the same.  And to the homeless for failing to do anything about their plight.

18 comments on “Bennett admits she was wrong ”