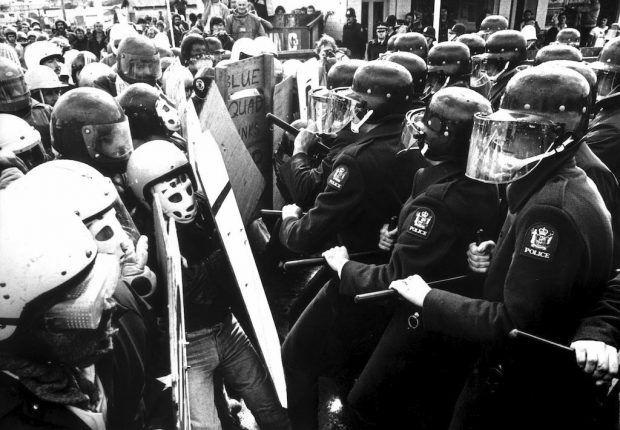 Previous Prime Minister John Key could not recall what his views on the Springbok tour were, despite him being aged 19 at the time and despite it being the most dramatic local upheaval that had occurred in decades.

My strong sense that his pronounced view had been calculated within an inch of its life is strong.

New PM Bill English has a somewhat similar view but without the intense PR polishing that Key’s position had.

He thinks that he was probably for the tour.  The sense of calculation is high, the sense of honesty is very low.  It was such an intense divisive time I thought that all 19 year olds would have remembered clearly what they thought.

Families and friendships were divided and the country became a two nation state – those that were for the tour versus those against.

Now, Prime Minister Bill English admits he was “probably for it”.

“I was keen to see the tour happen – thought sport shouldn’t be mixed with politics.”

He seems to think that the tour increased his understanding of Maori issues.

“It helped persuade me particularly as a politician to be committed and spend time on the Maori related issues in New Zealand and I’m pretty satisfied about where that’s got to,” Mr English says.

Maybe that is an acknowledgment that he now believes the tour was wrong.

His comments suggest a vacuous superficial approach to the important issues that New Zealand has faced.  They are also pretty meh.  Disinterest rather than upset is my first response.

One thing is clear.  English is no John Key.  He is less polished and less calculated in his responses.

102 comments on “Bill English thinks he was pro Springbok tour ”