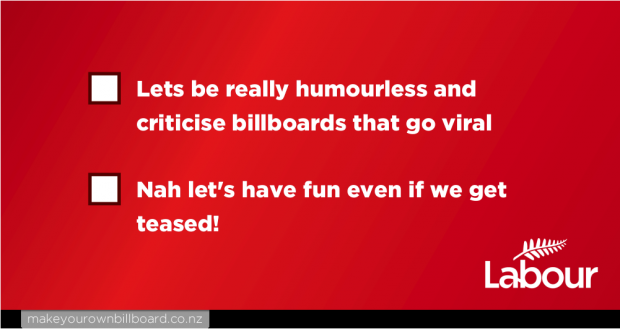 I’m sure you’ve all seen that Labour’s trying to get a billboard campaign to go viral, but just in case you haven’t, we wouldn’t want you to miss out.

The idea is to design a billboard for their Stop Asset Sales campaign, with the winner being made into a real billboard.  Something like below: In reality it’ll mainly get used by both left and right to have a bit of fun (even though it seems fairly tightly moderated), so you may as well join them: