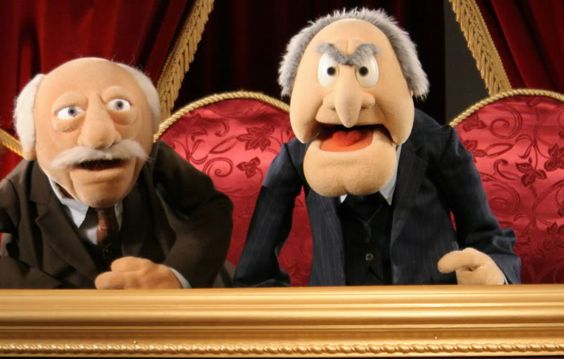 A new political blog has appeared.  But rather than involving a fresh presentation of new ideas in an attempt to engender debate this blog has three tired old has beens who are well past their use by date engage in some climate change denial and race baiting.

The authors are all on the far right of the political spectrum.  They include Michael Bassett, a former Labour MP but one who disgraced himself by being in integral part of Rogernomics during the Fourth Labour Government.  He saw the writing on the wall and stood down in 1990 before the good people of Te Atatu had the chance to throw him out.  David Lange, Bassett’s cousin who fell out with him over Rogernomics, famously said “[m]y father had delivered him, and it became plain in later days that he must have dropped him …”.

The second member of the triumvirate is Don Brash whose decay in later life is marked by the fact he started off adult life as a Christian Socialist but now thinks Hobson’s Choice is a good idea.

The third is former ACT leader Rodney Hide, perk buster extraordinaire, who was busted after taking his girlfriend on different world trips on the taxpayer’s dime.

Spare a thought for climate scientists: no longer the go-to experts for scary headlines. The epidemiologists have taken over.

2020 started well. The usual apocalyptic summer headlines. Then bang: they were gone.

It’s now white-coated public health experts driving the debate and to much greater effect. No climate scientist ever locked a country down.

I am not sure but I get the feeling that he thinks that climate change and Covid are both Agenda 21 efforts to spoil our fun.

Local government is primarily about issues like local roads, libraries, water supply, drainage and similar matters: it is entirely unclear why there would be a distinctive “Maori view” on any of those issues.

Mr Lander stated that the Treaty of Waitangi somehow mandated, or at least implied the need for, separate Maori wards. But that is self-evident nonsense. The Treaty was not in any meaningful sense a constitution. It simply involved Maori chiefs ceding sovereignty to the Crown; being guaranteed in turn the ownership of their property; with the additional benefit that all Maori would have “the rights and privileges of British citizens”.

We are on a very dangerous path if we are attributing a separate constitutional status to those who chance to have a Maori ancestor – today, with ancestors of other ethnicities too of course. That path would take us to a very dark place.

Where do I start?  His view of the role of the treaty is incredible and ignores all serious current analysis of what happened.  He should learn the difference between kāwanatanga and Tino rangatiratanga.  Shame the explanation relates to Te Reo.  I suspect Brash has never, ever tried to understand the concepts.

Against rather extreme competition Bassett’s anti Maori rant is even worse.

A bizarre craze seems to be sweeping New Zealand right now. All things derived from Europe except our creature comforts must be set aside as we are expected to embrace all things Maori. It’s racism on a grand scale. No longer do our television stations refer to New Zealand. In fact, we are lucky if its Aotearoa-New Zealand. No reference to the fact that, as Michael King shows, Maori didn’t have a name for these lands, and only came to accept “Aotearoa” in relatively recent times. Several newspapers are falling into line and are now calling our country Aotearoa, a name unknown to most people beyond our shores. No public debate. We are expected to acquiesce. The name “New Zealand” which dates back to Abel Tasman’s visit in 1642 came more into early use and is the name by which our land has always been recognized abroad. It won’t be long before the woke who are driving all this insist on officially changing our country’s name. Instead of being proud New Zealanders, we’ll be expected to call ourselves Aotearoaians. They’ll try to avoid a referendum lest it results in rejection like occurred with changing the flag. Just impose it! The woke have no respect for democracy.

This is racism on a grand scale.  Expecting locals to abide by and adhere to cultural norms created half a world away is bizarre.

If for no other reason than to see the look on Bassett’s face I would be pleased to campaign extensively for the country’s name to be changed to Aotearoa.

Debate is always good.  But trotting out tired old racist anti scientific views is not conducive to a proper discussion about the issues we are facing as a country.

100 comments on “Brash Bassett and Hide take up blogging ”