Breaking: calls for Paddy Gower’s resignation as MSM slips in its own bullshit 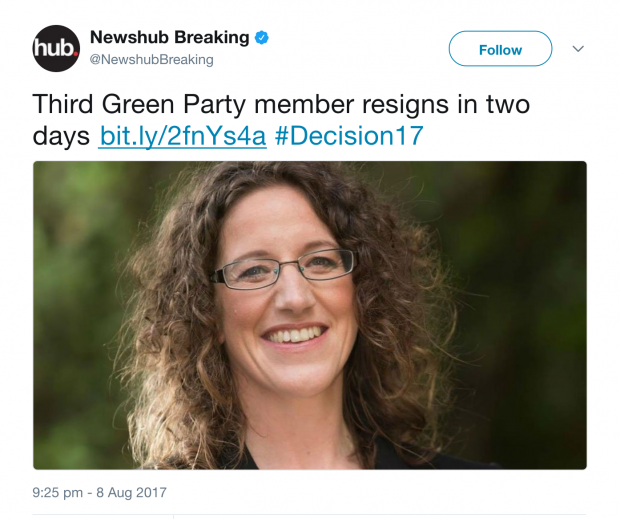 Another Greens candidate pulls out but party denies it's part of the Turei turmoil https://t.co/T6t5VS17Gk pic.twitter.com/dkg5doOdeD

Because it's really not. https://t.co/j8eOwErXRg

The Greens candidate in Hutt South has gotten a job which precludes her political candidacy. She has withdrawn. https://t.co/EeYOQDWxhe

They are copying the US FAKE NEWS sites.

Hi Patrick, do you consider all political deals dirty, or do you have some sort of criteria?

Who holds Hutt South as local MP has no impact on Parliament, no impact on Greens. Surely as a political expert, you'd know this?

Turns out she really did get a job she wanted & hasn't resigned from party.

Labour insiders very clear that they don't want a dirty deal. Green candidate has pulled out for own reasons, Bishop unlucky. https://t.co/R7TNOUZU13

Hey Paddy don’t you have some professional obligations here? pic.twitter.com/0nW31Txy3Y

Hey NZ media, attempting to run a fake narrative against the @NZGreens will only result in us demanding you delete your accounts.

Tell me again that the media don't have double standards- candidate has new role, framed as Greens 'disintegrating'https://t.co/2UJLyWH1Kg

24 comments on “Breaking: calls for Paddy Gower’s resignation as MSM slips in its own bullshit ”