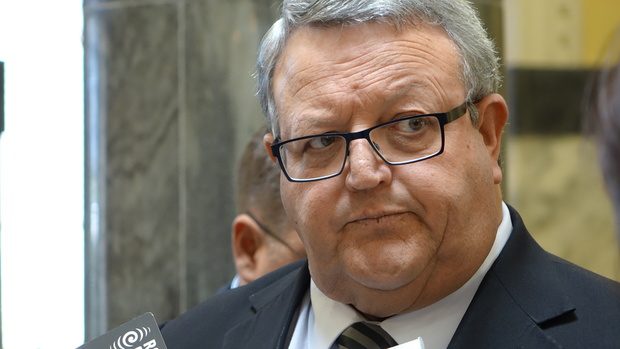 Gerry Brownlee has been in the news lately.  First for attacking a public servant for not telling the Government about a rather major gap in our civil defence network then for attacking him after admitting that the scientist had actually raised the issue in reports about this rather large gap.  I kid you not.

First there was this:

Acting Civil Defence Minister Gerry Brownlee has blasted comments made by the head of Geonet – saying he feels blindsided.

Brownlee said he took issue with Dr Ken Gledhill, who works for GNS Science and heads its Geonet department, talking publicly about how better technology would help the service, when no approach had been made to the Government.

Brownlee said he would contact the leadership of GNS Science, including acting chief executive Neal Wai Poi, tomorrow and express that view.

That centred on the fact that Gledhill or his team had not made an approach or report to the Government about their view that a better monitoring system was desirable.

Acting Civil Defence Minister Gerry Brownlee has been accused of vilifying a Geonet scientist who spoke out about the need for a better tsunami warning system in New Zealand.

Brownlee stood his ground today, saying the country’s quake monitoring agency Geonet had “never, ever” raised the issue directly with the Government.

When Gledhill repeated the comments at a press conference at Parliament yesterday, Brownlee responded angrily, saying he had been blindsided by the scientist.

In response, the NZ Association of Scientists president Craig Stevens said today it was “of deep concern that the Government response is to vilify voices that seek to encourage us to learn from a post-mortem of events”. He said the Government should avoid actions that could lead to the repression of scientific advice to the public.

Speaking to reporters this afternoon, he said it was now apparent that GNS had raised a 24-hour, seven-day-a-week monitoring system in various reports over the years.

“But they have never, ever provided anything directly to Government or even close to it.”

This arrogant testosterone driven crap is normal operating procedure for this Government, but parse the statements and it appears Brownlee’s position has changed in this way:

Dear Gerry.  You must try better.  You guys have been in power for eight long years, you have experienced a number of significant earthquake episodes and basic stuff like making sure that the warning systems are up to scratch should be a fundamental requirement.  Throwing temper tantrums because you have been embarrassed for not knowing your job is not something a competent Minister does.