Bunnings has no heart 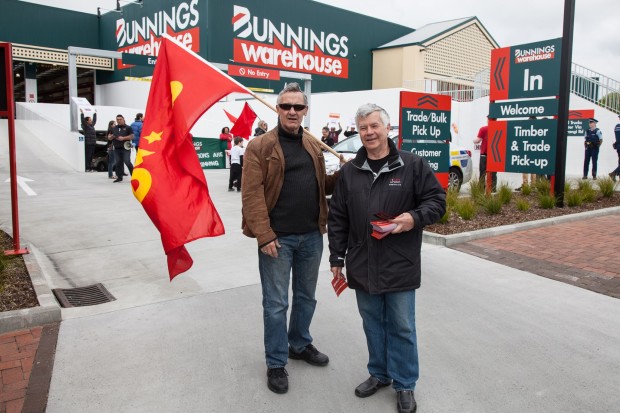 An automatic entry to the WTF file. Bunnings has made a recent decision which makes you question all decisions that it may have made.

The background is that a few years ago a Dunedin worker at the local Bunnings shop suffered a heart attack at work and died. His fellow workers then fundraised and bought a defibrillator which was stored at the work premises. Bunnings management has insisted that it be removed. Talk about managerial overkill.

Bunnings management has “put its foot down” and forced its Dunedin staff to gift the store’s defibrillator to a community group.

A Bunnings staff member, who did not want to be named due to fear of disciplinary action, said Bunnings New Zealand manager Jacqui Coombes visited the Dunedin store on Wednesday.

The management “put their foot down” and forced staff to remove the defibrillator from the store and give it to a community group.

The staff member did not know which community group would get the defibrillator.

A petition to retain the life-saving apparatus in the store, signed by most of the Bunnings Dunedin staff, was ignored by management, the staff member said.

“It was presented to Jacqui but she is staying firm with her decision that it [the defibrillator] is not staying in-store.’

The justification offered by management is that as a group, Bunnings does not hold defibrillators at its stores.  It is also worried about the availability of trained teams to operate the units and thought the risk of staff suffering from a heart attack was very low.  Such an excuse could justify the removal of first aid kits.  After all if a trained doctor was not present then who could use the contents?

Apparently the workers are to be compensated.  This does not make the decision any less high handed.

The decision is high handed and a perfect example of clogging managerial insistence that it knows best and an adherence to the managerial rule book that would make Sir Humphrey Appleby proud.

Just what you would expect from an organisation that paid volunteers less than the minimum wage and proposed an employment contract that would allow it to unilaterally change start and finish times for its workers.

47 comments on “Bunnings has no heart ”