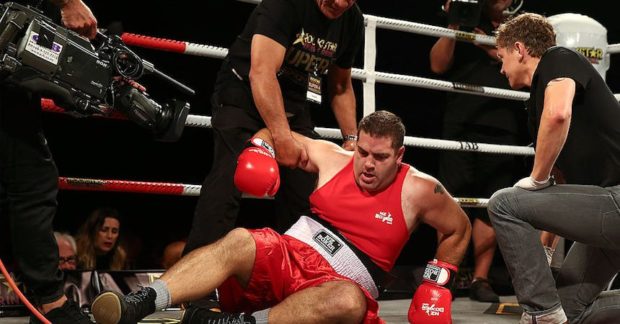 The details of the alleged defamatory comments have been suppressed but it has been reported that Slater has been alleging that Sellman Swinburn and Bradbook are “troughers” “rorters” and have been “ripping off” the public purse.  Sellman and co are public health professionals engaged in research concerning the adverse effects that too much sugar is having on our diets.  For previously unknown reasons this attracted Slater’s attention and he made all sorts of allegations about their competence and motivation in a number of blog posts.

The book Dirty Politics suggested that this was no random drive by smear but a professional hit paid for by Rich and the Food and Grocery Council.

A recent hearing involved an application by the defendants to strike claim out.  Four different issues were raised:

But in a detailed decision Judge Palmer has declined to strike out the proceedings.

The limitation period argument failed and this is a valuable lesson for blog sites.  If something may be defamatory take it down.  The limitation clock then starts ticking.  The Judge said:

A statement is considered to be published to the person by whom it is read or heard each time it is read or heard. The law presumes it is read, and damage to reputation occurs, on production to the public. In relation to a blog, that is while it is posted. The presumption is rebuttable but has not been rebutted here. So I do not strike out the claims as being time-barred.

I take it if Slater could show that the posts had not been read for a number of years then he may have been able to argue that the presumption should be rebutted.

The second issue, that the Plaintiffs should just toughen up also received short shrift.  From the Judgment:

The details have been suppressed but the Judge struck out some of the pleaded meanings in whole or in part on the basis the threshold of harm to reputation had not been reached.

Blog posts are subject to the same legal tests as other media though they must be read in context. The law of defamation must not be applied so enthusiastically as to chill genuine political and policy debate. Those who engage in public political and policy debate must expect robust public responses. But defendants cannot expect to make false unsubstantiated personal attacks with legal impunity. In particular, here, the terms “trougher”, “rorter” and “ripping off” have pejorative connotations of wrongdoing in the use of funding that are capable of being defamatory.

So if you are going to engage in attack blogging argue the issue and don’t make claims about the motivation.  Unless there is solid proof.

The Judge also refused to let Rich and the New Zealand Grocery Council off the hook.  From the Judgment:

I do not consider the pleadings against Ms Rich and the NZFGC are self-evidently speculative or false, on the basis of the little information before me. Neither do I strike out the claim against them on the basis that procuring defamation in the way alleged is incapable of founding legal liability. Procuring defamation can attract liability. The allegations will need to be considered at trial.

Interestingly Dirty Politics was offered up as evidence of the link between Rich and the NZFGC and the posts.  From the judgment:

(a) Each of the plaintiffs was engaged in research or advocacy that was contrary to the interests of FGC and its members. FGC and its environment (Nelson, Craig Potton Publishing, 2014). Citations to the affidavit omitted. members stood to benefit from publications that attacked the plaintiffs and damaged their reputations.

(b) Mr Graham was a public relations professional. He and FCL must have been paid by their clients for the services they provided, including writing the Blog Posts, paying Mr Slater to publish them, and posting the Comments. Mr Graham and FCL would not have been working for free.

(c) Ms Rich and FGC were clients of Mr Graham and FCL’s. Indeed, Ms Rich and FGC have specifically confirmed in correspondence that FGC paid FCL for (unspecified) services and attendances on a variety of issues.

(d) Ms Rich and FGC would have known what services their agents Mr Graham and FCL were carrying out on their behalf, including writing and publishing the Blog Posts. As such, they would have procured or authorised those publications.

The Judge did say that he was not finding that these particular allegations are correct or that the causes of action will succeed.  That is a matter to sort out at the trial.

And as a friendly warning do not speculate on what exactly was said or how it will work out in Court.  The Judge has made an order that the contents of the allegations in pleadings should not be publicly reported.