The tea tape didn’t interest me at first. Nats’ reaction seemed over the top but would Key and Banks be so stupid to discuss anything sensitive in a public cafe metres from the press mob? But then Key went to the cops. This said the Nats were really worried. It can only be something that cuts to the heart of Brand Key’s greatest weakness: Key’s honesty.

So the meeting has taken place, and Epsom has been asked to hold its nose and vote for failed Nat retread John Banks, and with him on his coat tails failed Nat retread Don Brash.  Nice one.  In other news, Winston Peters is riding a boost in the polls all the way to the televised minor parties leaders’ debate.  The Nats will be spitting. 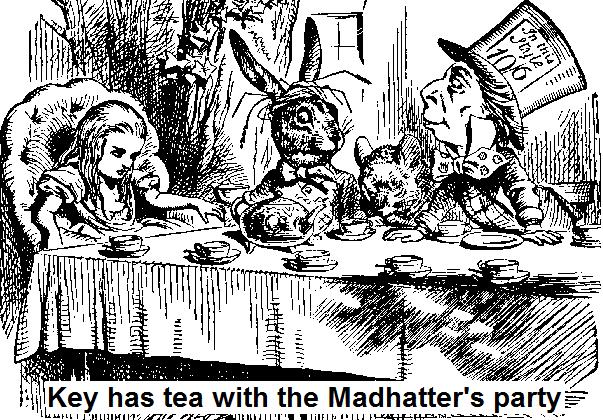 A cup of tea and a lie down

Oh hell. My worst fears have been realized. John Key is a wereperson. He is morphing into an incantation of the countries biggest ever political disaster. And talking of other story lines from True Blood. John Banks has been wandering around with the decapitated head of Don Brash.

The greatest threat to Banks: Brash (& that story)

John Banks says the brand he is campaigning for in Epsom is ‘Brand Key’, not ACT. Epsomites don’t want three-time loser Don Brash but it’s unavoidably true that a vote for Banks is a vote for Brash. This is leading to a further unattractive debacle as Banks tries to distance himself from his leader, who he’s trying to get into parliament.

Act president Chris Simmons on Don Brash’s sudden trip to Europe: Brash’s skills were in economic management, not in “glad-handing rugby players and tickertape parades” which he would happily leave to Prime Minister John Key.
John Banks: “I’m going to do the photo opportunity with Richie McCaw,” he laughed. “I need the votes more than Dr Brash.”

Two weeks ago I thought that Goff and Labour did not have a chance in this election.  National’s lead in the polls seemed too big, the country still seemed to be in love with John Key and Goff just was not getting the media cut through necessary to change hearts and minds. Then something happened.  The wheels started to fall off National’s well honed machine.

Dr. Don Brash has pulled out of a debate on Treaty issues to be held on TV3’s ‘The Nation’. Which is curious considering Act’s ‘one law for all’ policy is directly concerned with treaty issues. Average Joe points out his take on why Act isn’t there. Plaudits to The Nation for having the debate, brickbats to Act for avoiding the debate – at least send along the person who knows the policy….

National Party pollster David Farrar has been polling in Epsom and the results are not good for the Right. Epsomites are pissed off with their seats being used as a backdoor for ACT into Parliament. They don’t like the gall of the Nats taking out Hide, slotting in Banks and expecting nothing to change. They don’t like dopey Brash.

Don Brash has weaved his magic again. He’s going to have a minder now and everything he says will be vetted. But it’s too late. His cannabis speech brilliantly highlighted the disjunction between ACT’s values and those of the man they need to win Epsom. A major ACT donor calls John Banks a twerp, while Don Nicolson has, surprisingly, sided with Brash.

Some day this country needs to have a proper debate about decriminalising marijuana. Don Brash’s politically ill-advised blurtings on the topic have damaged the prospects of such a debate.

On Sunday, Don Brash decided to muse on decriminalising cannabis. It’s not ACT policy, we’re meant to understand, it’s just the Party Leader making a speech and saying ‘this would be a good idea’. In classic Brash style, he hadn’t told John Banks, who gave Brash a public smacking on the idea. Now the question is: why would the people of Epsom vote for these two?

Three time election loser Don Brash has announced he will stand in North Shore. Having lost the safe National seat of East Coast Bays twice to Social Credit(!) and the unloseable election as leader in 2005, his odds of defeating even Maggie Barry, a novice best known for her gardening, are poor. But will he split the rightwing vote and let Ben Clark slip though?

At the start of the year, John Key said that he wanted to have a mature debate on asset sales. Now, his Finance Minister and SOE Minister are refusing to front up to debate David Cunliffe on the issue. Instead, that was left to old man Brash on Q+A yesterday. Cunliffe made mincemeat of him. The Right still has no justification for flogging off profitable assets.

It would appear that Don Brash has ideals – and when politically required, he has other ideals.

In fact he has so many ideals that his viewpoint on a Capital Gains Tax appears to veer all over the political landscape especially in his latest press release on CGT. At a guess his only real objection to a CGT is that he is not the person proposing it.

So, Don Brash is having trouble getting any Maori candidates for ACT. Apparently, he identified 3 possibles – 2 turned out to be “unsuitable” (not old white reactionaries?) and one wasn’t interested. My question, however, is this. If Brash does manage to headhunt a token Maori and give them a winnable list place, isn’t that race-based privilege?

Is Nicolson right for ACT?

There are murmurings in ACT today over their new ‘high profile’ candidate, ex-farming guy who’s on the telly sometimes ranting about climate change Don Nicolson. The party’s current policy priorities are lower wages for young people, weakening student unions, and beating up on Maori and there’s concern Nicolson isn’t the right face for the job.

Last night, two ministers went head to head calling each other racists but it looked more like two old hobos fighting over a tin of beans. Pathetic, really. Meanwhile, Key has sided with Brash and dismissed the offense many Kiwis feel over the ads by saying he doesn’t “give a toss” about ACT’s racist ads.

When will Key rule out working with Brash?

ACT adman John Ansell has resigned in the fallout from the race-baiting ad he designed for ACT, which Brash proudly endorsed. The Maori Party has effectively ruled out working with ACT. Isn’t it time for John Key to do the same? He cannot avoid responsibility. ACT lives or dies at his word. If National doesn’t try to win Epsom, that is an endorsement of Brash’s racism. For anyone who had any faint remaining doubt, confirmation that Don Brash has completely lost it.

Don Brash has attacked Bill English’s budget which he says fails to lay out a plan for New Zealand. The reality, I think, is that both have plan however there is little or no future in either plan. Neither Brash nor English have laid out a plan which deals with the present and quite near problems we will face.

Labour’s Jacinda Ardern replies to Don Brash’s letter to John Key: “In many ways though Mr Brash, I fear that you have written off not just my generation, but New Zealand. There was no hope in your letter, no sense of aspiration or of the idea that we can build a prosperous country”

Will ACT vote against the Budget?

Reading Don Brash’s letter to John Key and watching Roger Douglas on Q+A, I wonder if the Nats behind the takeover of ACT realised what they were unleashing. I’ve heard some talk that ACT won’t vote for Key’s Budget. Where would that leave Rodney Hide? Where would that leave the Maori Party? Could we see a snap election?

This letter is getting more media attention than it deserves, because its basically Brash regurgitating his 2025 task force stuff.  Key and the Nats have, quite rightly, ignored it once, and they’ll ignore it this time too. 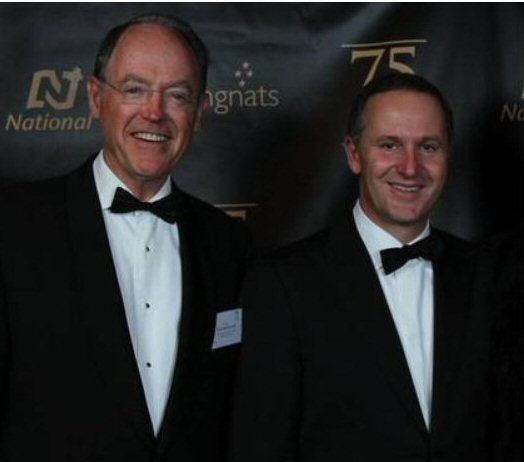 There’s a strange story in the Sunday Star-Times today. The premise is rumours that Don Brash has a love child but that seems to be baseless. The real point of the story is the Brash-ists trying to kill off Rodney Hide now, rather than wait until the election. I wouldn’t be surprised they’re behind the love-child story.

Don Brash was clear that he wanted Rodney Hide to lose his portfolios and leave parliament. Until yesterday. Now Hide will stay on as a lame duck minister with nothing to do for seven months. Will pocket an extra $35,000 salary for his trouble. I wonder what Hide secrets threatened Brash and Key with to get this taxpayer-funded golden handshake.

After a turbulent fortnight in politics, Helen Clark’s new look Green Party is now in place.