Scott Marsh does a great depiction of Israel Folau’s essential ethics. Check out some of Scott’s other art as well.

On the first day of leakmas …

Overheard at a Press Gallery BBQ …

The Standard has been leaked an internal memo from Crosby Textor to the National Party concerning its current situation.

There is still seven weeks of this year left but it appears likely that the tweet of the year has been tweeted.

Simon Bridges has advertised for a Senior Social Media advisor.

Some wag on Trademe has advertised National Party list positions for sale.

It appears that Sacha Baron Cohen has succeeded in getting prominent Republicans to say stupid things about arming kids.

The difference between running a professional well organised campaign and a chaotic shambles can be slight.

The Twitter hashtag #twyfordaccusations has been set up to allow people to speculate on what other nefarious allegations will be made against Phil Twyford by Judith Collins.

Aaron Schlossberg, American Attorney and Trump Supporter, and someone who thinks people speaking Spanish to each other in a New York restaurant poses some sort of existential threat to the Union is this week’s doofus of the week.

Young man there’s no need to feel down

The person in control of Christchurch Stadium’s PA system has performed the most outstanding burn on Israel Folau’s homophobic beliefs.

Nearly time for the Bionic Beaver

Like everyone these days, I live in a range of widespread cultures. There are always interesting shock effects when one culture runs into another. Like the Bionic Beaver…

Freedom of Speech and Expression

Bollocks and bullshit lands on shits and giggles.

Another easy decision. Gerry Brownlee wins for overseeing a $210 million blow out in EWC’s liability for Christchurch earthquake re-repair work and for being upset when Megan Woods called him on it.

Can we please now save David Seymour from his violent oppression and relieve him of his tax-funded salary?

In his usual dignified way, Donald Trump announced that he was sacking Rex Tillerson, the American Secretary of State in a tweet. And so the round of musical chairs that marks the White House’s descent into even more incompetence continues. Meanwhile the farce of the Russian election proceeds in their background of state operated terrorism in the UK. But there is some light

Who will be National’s next leader?

Following Bill English’s resignation the question is who will be National’s next leaders.  The Standard authors have put their heads together and come up with some suggestions. 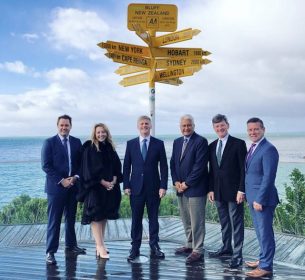 Sticking with Bill is the right move for National

National knows what to expect with Bill.

Thought for the day