National is going low on law and order issues

Over the past week National has shown a willingness to take really base aggressive positions on law and order issues for political advantages no matter what principles are at stake.  And at the same time show a complete lack of understanding of the issues that are involved.

BREAKING NEWS: Simon Bridges calls on the leader of the opposition to stand down while the SFO case is before the courts.

Andrew Little has announced a review of prisoner voting rights to overturn National’s law change which the Courts have ruled to be in breach of fundamental rights and unjustified. Simon Bridges has announced that National will reverse any such law change. And he has topped this off by proposing that Tauranga City Council should prosecute and fine beggars and homeless people.

Craig Murray reports on the horror of Julian Assange’s treatment by British so-called “justice.” Read it and don’t weep. You can see why Murray resigned from the UK foreign service; their diplomacy is just as bad.

Simon Bridges is trumpeting some figures he has received from the Government as evidence that crime rates are increasing.  But there is a slight problem.  Police figures show that the number of reported offences is decreasing.

There is no doubt that Julian Assange should be extradited when his UK jail sentence ends. Justice demands it.

The question of prisoners’ rights has hit the news today. That’s rare because we don’t normally care.

A new Guest Post from Maggie puts the case that we walk a tightrope when we seek to simplify the complex issues at play in prison.

Simon Bridges has justified his claim that the three strikes law is working by releasing an Italian study that has not been peer reviewed on the effects on white collar criminals of a pardon system.

The UN is shocked by NZ’s child poverty rates

Earlier this year the United Nations expressed shock and concern at New Zealand’s rates of child poverty, homelessness, incarceration and violence.  What is this Government doing to address these issues?

Simon Bridges, the three strikes law and the Bill of Rights

National obviously desperately want to divert attention away from the Housing Corp methamphetamine fiasco. After five days of continuous bad news who can blame them.

Labour does not want to let them all out

Andrew Little has proposed the repeal of the irrational three strikes law.  But signs are that National will not engage in a reasoned debate about what the law should be.

The law and order debate and the grade one tosser

The Government has announced it will not proceed with the Waikeria mega prison as part of its policy to decrease the prison muster by 30%.  And the called for public debate starts off with one of the major players using a study the author of which subsequently retracted because the data he relied on was wrong.

In this very important first week Simon Bridges has committed two major blunders. He has claimed he was environmentally friendly when any view of his Ministerial history would confirm that this is not the case. And he forgot his Government oversaw the stripping of democratic rights from all prisoners, and adjusted his position when his error was pointed out.

Why does Criminal Justice have to be so politicised?

Judith Collins has indicated that the chances of a mature debate about Criminal Justice are slim.

Little proposes radical shake up of the Criminal Justice system

Andrew Little has called for a complete change the way criminal justice works.  But National’s initial response suggests that the prospects of a mature discussion on the issue are slim.

Who are the bigger criminals?

Andrew Little has announced that Act’s three strikes for offenders legislation is going to be repealed.

The Catholic Church is urging its parishoners to vote

The catholic bishops of Aotearoa have released a pamphlet urging parishoners to vote. And apart from conservative positions on euthenasia and drug liberalisation the policies they support have a decidedly progressive bent.

Nats panic over climbing prison population – I have some advice

The government is “seeking advice” over the skyrocketing prison population. I’m happy to oblige – but they aren’t going to like it…

Andrew Little is not ruling out the ‘radical’ suggestion of a prison run on Maori values: ‘Whatever we’re doing now is wrong’.

NRT: The banality of evil

I/S at No Right Turn: “This is where National’s cuts and austerity have taken us: to a place where Corrections tortures and abuses people because it is the “cheapest” way of managing them.”

The Chief Prison Inspector’s report on Serco and MECF

The Chief Prison Inspector’s report on Mount Eden Corrections Facility has now been released and has presented a damning judgment on Serco’s management of the prison.

America is bailing on private prisons because they don’t work. What’s the bet that National is ‘too proud and arrogant’ to follow suit.

It was suggested in Parliament that SERCO’s first place position on the Prison Performance Table had been the result of  Lotu-Iiga and his department having had the wool pulled over their eyes.

Team White Man Behind A Desk are back with their final episode for 2015.

Serco has yet more explaining to do

New allegations that at least one Serco prison guard was active involved in Mt Eden’s “fight club”. In some ways the public mess that Serco has made of Mt Eden has done us all a favour 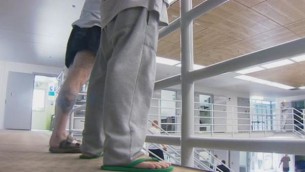 Recent focus has been on the tragedy and incompetence of a Serco run private prison. But problems extend further than that, into the entire way NZ views its prison system. We need fundamental penal reform.

The Nats have been forced to call in the good old-fashioned state to clear up Serco’s mess.