Last night I went to a Green Party public meeting in West Auckland, on their Home for Life, Affordable Housing policy. The speakers were Metiria Turei, Holly Walker and Alan Johnson (of the Child Poverty Action Group and Salvation Army).  It gave me a better understanding of the policy and the Green Party approach to it. 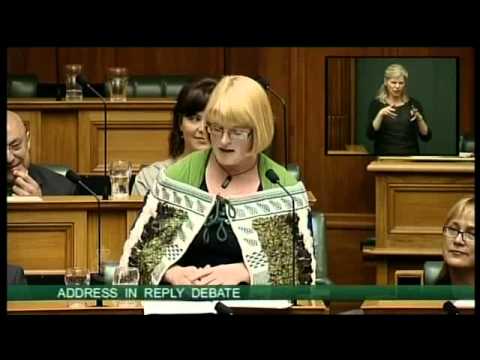 The GP aim to start small and with the achievable, working with the available resources, their degree of political leverage, selected priorities and given the dominant Kiwi attitudes on housing. Their first and most immediate priority is children and the need to ensure that none live in poverty or with the enduring impact of growing up in sub-standard housing.  The long term aim is to make housing and related community facilities, services and provisions accessible to all: from birth to retirement.

Turei harked back to the 1940s, when Labour’s policies resulted in the state intervening to provide secure housing for working families, and people on low incomes. She said their vision is of a community where a mother can easily walk with her children to an early childhood centre, and all the other facilities, services and activities that contribute to a good quality of life.

Alan Johnson talked of the negative impact of Rogernomics, that resulted in leaky homes (one of the reasons that the amalgamation of Auckland councils became necessary).  Both argued that the market has failed to provide affordable housing.  Only the government can ensure this is achieved through “hands on” provisions (yes Turei used the “hands on” concept).

Throughout people referred to a need for a change of mindset in order for these aims to be achieved for all.  The necessary changes of mindset that were mentioned included:

Denise Roche (centre), who joined the Qu & A

Some of the issues the Qu & A session threw up were largely around the home for life policy that enables families to begin renting properties and gradually paying into owning it themselves:

What happens when the family moves on and sells the house?  The homes will not be sold on to the private market, but back to the original sellers: HNZ or the housing association, etc.

Won’t this mean that people who enter into the Home for Life programme, will never be able to move up the housing ladder?  Possibly, this is where a change of mindset is required.  However, Turei also said Green Policies aim to work on “the other end” of the issue, to stop house price inflation with things like a Capital Gains Tax.

What about large families (eg with 10 children)?  Will there be homes for life for them? Turei answered first saying that, the programme initially would be providing homes for smaller families. However, Holly Walker added that it might be possible to cater to such families with a bit of innovative, out-of-the-box building designs: e.g. a group of houses with a shared/communal spaces/rooms/buildings available to more than one house.

How can strong communities be encouraged: eg ones that include “time banking ” and shared facilities and activities?  To some extent communities can do things themselves.  Roche said that last weekend, her neighbourhood had organised a BBQ that involved closing off the road.  However, government policies can help encourage community interactions through housing an neighbourhood designs.  When people walk or cycle they are more likely to interact with others than when they are travelling about shut up in their cars.

At the end Turei said that Denise Roche was preparing something (I got distracted) – I think a response to the Auckland Unitary Plan, to be posted online some time after Easter.  Earlier Turei had expressed some reservations about the Plan, because it could encourage urban sprawl.  (Yesterday I was a bit taken aback at Sandra Coney’s exposure of Auckland Council’s continuing membership of the Property Council).

The Greens are the reaching out to communities with such meetings.  Nevertheless, in my (superficial visual) judgement, the people attending were mainly, but not exclusively, Pakeha.  For instance, the guy who thanked the speakers on behalf of the west Auckland Green Party, and a woman who expressed concerns about housing for her retirement were Pasifika people.  Those who asked questions from the floor appeared to be largely from the middle-classes, albeit while expressing concerns for those on low incomes. More needs to be done to directly engage with the people most in need of affordable housing, as the Mana Party does.

This policy is going in the right (meaning left) direction.  I like the openness to debate, and the acknowledgement of the need for new kinds of thinking, a shift towards engaged communities with a good quality of life.  Turei said that they have published their Home for Life policy so they could get some feedback.  They welcom submissions, ideas, input, suggestions, etc, on it from anyone.