If you remember the 60s you weren’t there

Deborah Coddington, trying to justify leaving solo mums and their kids with no state support, says: “I’m nearly 60 and my generation were at it like rabbits when we were teenagers but there weren’t masses of teenage pregnancies because there was no DPB. You couldn’t raise a child on your own, therefore few women got pregnant.”

Approximate period when Coddington was a teenager: 1966 to 1972 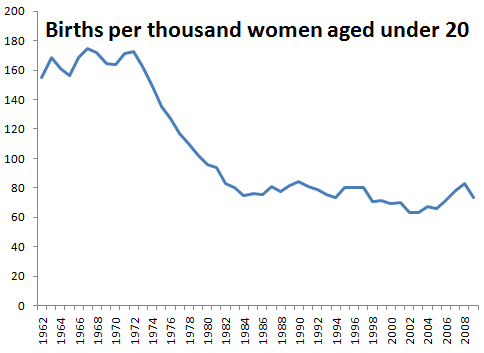 Time for Coddington to write and fact check this article, including this passage, which is the crux of her argument that the DPB encourages women to have kids: one week

My time to fact check her claim using Statistics NZ Infoshare: 5 minutes (and I work on Sundays)

My fee: A pat on the head from Irish if I’m lucky