In relation to Teresa May claiming humanitarian grounds existed for bombing Syria in the wake of an alleged 50 deaths from the deployment of chemical weapons, I found myself asking…

“Where was this woman’s compassion when 71 people burned to death in Grenfeld Tower?”

Didn’t even see fit to talk to survivors when she visited the place, did she? 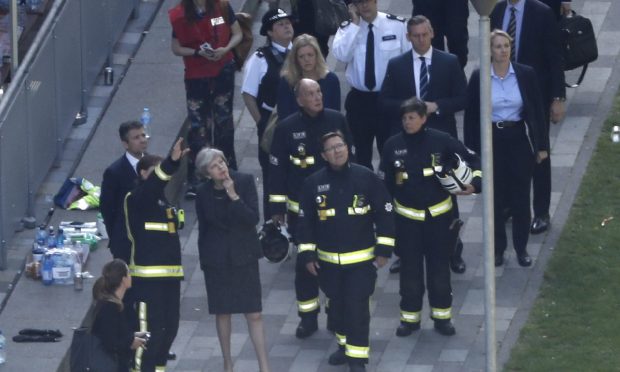 And where is her compassion when it comes to the 600 suicides that have been linked to the Work Capability Assessments her government subjects people to?

And I could go on. 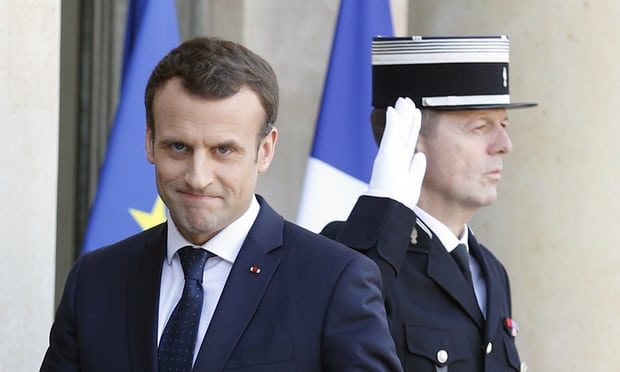 And since chemicals are seemingly right up there beside holocaust denial, where was the corporate/liberal media when Trump was making those remarks? Weren’t they out to get him at every turn? I seem to recall they were out to get him at every turn. So a “date range” google search should surely throw up headline after headline condemning Trump’s minimisation of chemical weapons use in the most strident of terms, right? Nope. Nothing.

I don’t want to write a book on all of this – I’m sure you get the picture.

Corbyn, Sturgeon, Melenchon and (even) Sanders– who liberal/corporate media have and do routinely rubbish and decry – have all spoken out against the missile strikes. Is it reasonable to couch their opposition in terms of them being the political figureheads within their countries who represent a political sea change that has been eating away at the dominance of late 20thC early 21stC liberalism?

The US resolution (the one Russia vetoed and that we’re meant to jump up and down about) included a call for immediate ceasefires in Syria in the event of allegations being aired about the use of chemicals. Is it necessary to spell out how that would encourage (often) western backed terrorists to use chemicals (or even simply make an allegation of use) in order to get respite and re-supplies if/when they find themselves in a “tight corner”? And off the back of such a resolution, what action then could be taken by third parties against Syria in the event of Syria not immediately recognising a ceasefire?

Of course Russia voted against that. Anyone without an agenda or pressure being applied to them would.

What then of the Russian resolution that France, the UK and the US voted against? I’ve read it. Unlike the US one, I can see nothing underhanded, devious or politically loaded in it. But maybe you can. Maybe I’m missing something.

Unfortunately, I can’t find my way back to the page that contained the downloadable word documents of the resolutions. So (and I’m sorry about this) I’m cutting and pasting  the main text body (not the pre-amble) of the  Russian one.

1. Reiterates its condemnation in the strongest terms of any use of any toxic chemical as a weapon in the Syrian Arab Republic;

3. Welcomes the decision of the OPCW Director-General to send the FFM experts for investigation in accordance with the CWC to the site of the alleged incident in Douma and adjacent areas and requests the FFM to report the results of this investigation to the OPCW Executive Council as soon as possible and further requests the Director-General to keep the Security Council informed of the progress;

4. Expresses its full support to the OPCW FFM, demands that all parties in the Syrian Arab Republic shall without any delay facilitate free and safe access for the FFM to relevant sites as well as provide any information and evidence, including, but not limited to, medical records, interview tapes and transcripts, and documentary material, in accordance with resolution 2118, in relation to the alleged incident in Douma and adjacent areas;

5. Recalls that in its resolutions 2118 and 2235 it decided that all parties in the Syrian Arab Republic shall cooperate fully with the OPCW and the United Nations;

6. Emphasises that this includes the obligation of all the parties in the Syrian Arab Republic of complying with their relevant provisions, by accepting personnel designated by the OPCW or the United Nations, by ensuring the security of activities undertaken by these personnel and providing these personnel with immediate and unfettered access to the site of the alleged incident in Douma and adjacent areas;

To me, that doesn’t accord with the reporting we’ve been receiving about supposed Russian obfuscation and belligerence.

This world we’ve made for ourselves – I guess we should all welcome one another in. So “welcome” to Orwell’s Eurasia/Eastasia/ Oceania. Do take a seat.