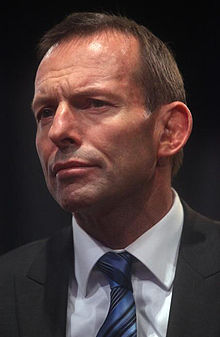 In Tony Abbott’s Australia there was a recent attempt to attack a fundamental human right, that of citizenship by granting the Minister of Immigration the right to withdraw an individual’s Australian citizenship, even if it was the only citizenship the individual had.

It was a covert attempt from within Abbott’s cabinet and was quickly shut down by others with a proper comprehension of the importance of citizenship and human rights.

It was not a general power, it was to be applied only against those suspected of terrorism related offences.  But the fact that it was even considered, and the leaking of transcripts of what was said in Cabinet, suggests that Abbott’s tenure as Prime Minister may again be on the ropes.

The proposal was raised by Immigration Minister, Peter Dutton.  Remarkably there was no policy paper to present and senior members of Cabinet including the Deputy Prime Minister were not aware that the idea was being proposed before it occurred.  It was brought up at the end of a cabinet meeting with no paperwork.

The Sydney Morning Herald ran this story which included these remarkable quotes from within the cabinet meeting in question:

This is an extraordinary proposition … [a] person’s citizenship is of enormous importance, intrinsic to themselves. Take me. The only people who’ve lived in Australia longer than my family are Aboriginal. I have no other identity. Are we seriously saying some minister could take my citizenship?

Barnaby Joyce objected to the lack requirement of of hard proof, the lack of a trial, the absence of a jury, the lack of real rigour in a decision to take away a basic human right.

George Brandis bristled against the suggestion that this fundamental right could be taken away by an administrative decision:

I am the Attorney-General. It is my job to stand for the rule of law.”

This is a matter for the judiciary to decide, not the minister.”

“A sole Australian citizen, terrorist or not, is our responsibility. We can’t wash our hands of the fact. We can’t pretend they’re not Australian when they are.

“The best thing to do is get them home, arrest them, and put them in jail.” And if there’s not enough evidence for a court? “Then get it.”

The practical implications of the proposal if it was enacted?  An Australian overseas could be prevented from returning to his or her country of birth or adoption.  And an Australian in Australia could be detained in custody indefinitely.

Abbott and co tried to argue that the individual could apply for citizenship of another country and this made it different.  But Julie Bishop identified why this idea was unworkable.  If Australia took away someone’s citizenship because of possible involvement in terrorism which country would want to grant them citizenship?

Turnbull’s further comment shows how badly the issue had been handled.

Here we go again,” he told his Prime Minister in the meeting. “Talking about something as momentous as this and there is nothing in front of us. There’s a discussion paper that only a few of us have seen. This is a shambles.”

Meanwhile in the United Kingdom the Scottish Nationalist Party has been accused of plotting to keep the UK Human Rights Act.  The Daily Mail’s choice of words is incredible.  The SNP are apparently “plotting” to protect existing rights.  I thought the plotters would be those attempting to remove those rights.

The motivation is a jingoistic insistence by the Conservatives that the European Convention on Human Rights is too foreign for English purposes.  Conor Gearty in the Guardian described the situation and the motivation in the following terms:

So why haven’t they promised to withdraw from the convention? They say they will if European officials don’t behave properly in discussions while the new bill is going through parliament, a peculiar assertion because it is the Strasbourg court that matters, and of course its judges can’t and won’t be drawn into political debate with a member state. Probably, the party leadership hasn’t had the guts to act now on the withdrawal they clearly want: repeal of the Human Rights Act was judged enough of a bone to keep the dogs of Ukip and their own Tea Party obsessives busy long enough to get them through the next few months until the election.

As far as I can tell the objection relates to the location of the Court and not the nature of the rights created.

Both incidents clearly show how conservatives are willing to attack basic human rights for political advantage.  For a movement that always talks about the importance of the rule of law their willingness to subvert it for political purposes is disappointing.

16 comments on “Conservatives and Human Rights ”