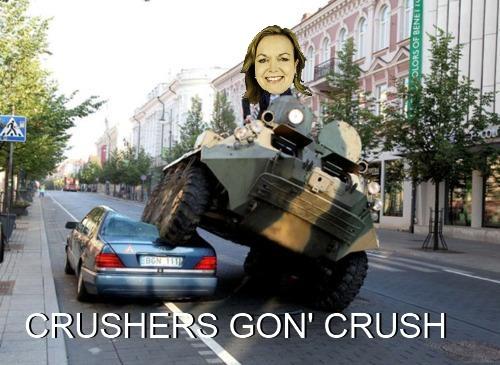 2 and a half years after giving herself the nickname ‘Crusher’, Judith Collins still hasn’t crushed a single boyracer car.

Round my way, the record petrol prices cut the number of boyracers for a while. They’re back now.

Crushless’s law was always just a stunt. Would have been a waste of cars if it had worked. An embarrassment now that it hasn’t changed a thing on the ground.