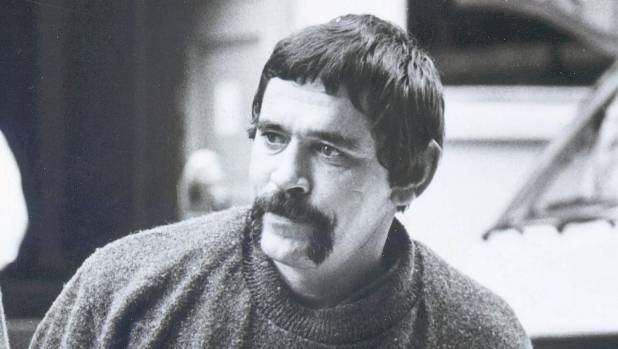 I know a few Tamiheres.  They are a large westie family and some of their mokopuna got into the odd spot of bother.  Nothing too serious generally, although David’s history was not good. But they were always staunch.

I was surprised at the result of David Tamihere’s trial for the murder of two Sweedish backpackers.  The police officer involved, John Hughes was old school.  He never showed the slightest doubt that Tamihere was guilty as charged.  But I remember having major concern when back in the late 1980s Tamihere was forced to walk into the Court from the road handcuffed and in front of a phalanx of cameras while the investigation was ongoing.  This seemed so unfair, so unusual, and a move designed to corrupt his chance of a fair trial and to taint the recollection of the witnesses.  And I was not the only one to be worried by what happened.

While Tamihere himself believes the secret witness evidence turned the jury against him, the most compelling testimony at the trial was undoubtedly that of seasoned trampers and Search and Rescue veterans John Cassidy and Mel Knauf, who identified him as the man they’d seen with a blonde woman resembling Paakkonen at Crosbies Clearing just after 3pm on Saturday, April 8, 1989. The woman, they said, appeared ill at ease and out of place.

These days, most people don’t recall that trial judge David Tompkins regarded their identification of Tamihere as so tainted by unacceptable police practices that at a pre-trial hearing, he ordered it inadmissible. Crown prosecutor David Morris had argued the Cassidy and Knauf evidence was backed up by one of the secret witnesses, leading Tompkins to remark: “The danger of doubtful evidence being used to support and corroborate doubtful evidence is obvious.”

Tompkins’ decision was overturned pre-trial by the Court of Appeal – the same court that rejected Tamihere’s appeal against conviction in May 1992, seven months after Urban Höglin’s body was found, still wearing the watch the Crown had claimed during the trial that Tamihere gave to his son.

We don’t easily remember now that Cassidy and Knauf described the man they saw as clean shaven or with a “small mo”, when Tamihere had a big bushy moustache. Or that their certainty it was him dawned only after police showed them photographs of Tamihere, including police mugshots, and suggested they get a look at him at the Thames courthouse where, three months prior to being charged with murder, he admitted stealing the Swedes’ car.

Police did not put Tamihere in an identity parade; what they did broke every rule in their procedural handbook.

It is pretty clear that he stole their car.  After all he admitted this.  Our justice system should be able to differentiate between the offences of stealing a car and murdering someone.

But he was convicted.  Without bodies the Crown managed to persuade a jury that he had in fact killed the Sweedish tourists.  A secret witness persuaded the jury that Tamihere had confessed to him that Tamihere had beaten Bernard Hoglin and dumped his and Heidi Paakkonin’s bodies at sea.

Tamihere appealed on what I thought was the very reasonable grounds that the Crown’s case against him was fatally flawed.  Unfortunately for him the Court of Appeal disagreed.  Tamihere’s conviction was confirmed and many years later he was released on parole.

Secret witnesses were a huge part of the original trial.  As for their use Wikipedia has this passage:

Three prison inmates testified against Tamihere at his trial. One of them, known as Secret Witness C, who has permanent name suppression, claimed that Tamihere confessed to him in prison that he’d beaten Urban Höglin over the head with a lump of wood and dumped the couple’s bodies at sea. He also claimed Tamihere told him he gave Hoglin’s watch to his son.[19]Höglin’s remains were eventually found near Whangamata on 10 October 1991 with his skull still intact and the watch still on his wrist.[19]

On 25 August 1995, five years after the trial, Witness C swore an affidavit retracting this statement, saying police had fed him the information, and told him: “a sum of money up to $100,000 was available should I decide to give a statement helpful to the Police”. The prisoner also claimed the police indicated they would support his early release at his parole hearing if he did what they wanted.[20]

The existence of this affidavit only came to light a year later on 17 July 1996, when Witness C spoke to broadcaster Paul Holmes in a prison telephone interview. He publicly admitted to lying at Tamihere’s trial and confirmed that the affidavit he had signed in 1995, stating that he had lied and given false evidence, was the truth. He told Holmes that his original testimony against Tamihere had been “playing on his mind” and “they definitely have an innocent man inside”.[21] The publicity created immediate concerns about police conduct in the case, leading a Member of Parliament to request a ministerial inquiry. The Independent Police Conduct Authority (IPCA) was also asked to investigate the police handling of the case. The IPCA eventually concluded that the police had not been guilty of any wrongdoing,[22] and Minister of Justice Doug Graham rejected a call for further inquiry.

Justice recently prevailed at least in part and witness C was charged and convicted of perjury.  And his identity has now been released.  From the Herald:

The Crown’s pursuit to convict him was, in part, formed around the “powerful” testimonies of three secret jailhouse informants.

They were known as “Witness A”, “Witness B” and “Witness C”.

Their evidence has been remembered as a vital part of the puzzle for the jury to piece together, and it led to Tamihere being convicted of both murders and sentenced to life imprisonment in December 1990.

But last year, in a rare private prosecution by “jailhouse lawyer” Arthur Taylor and well-known barrister Murray Gibson in the High Court at Auckland, one of the secret witnesses was found to have lied.

He was found guilty on eight perjury charges and not guilty of obstructing the course of justice, which pertained to a 1995 affidavit recanting his murder trial testimony.

That man who took the stand 27 years ago was Witness C.

That man is Roberto Conchie Harris.

And Harris’s reputation is not pristine.  He was serving time for murdering Northland farmers Carole Anne Pye and Trevor Martin Crossley.  But this was not the only time he had been in trouble.

His first conviction came in 1964 when he was just 15 years old.

When released on parole in 1995 for the Northland killings, he soon committed a serious assault and was recalled to prison.

Later in October 2008, he was found guilty of performing an indecent act on a young girl on the same day he was released.

He was sentenced to a further two years and three months’ imprisonment.

A​ 2012 Parole Board decision, released to the Herald, referred to Harris’ psychological report which assessed him as being at a high risk of reoffending but that something was “amiss” about his latest crime.

“He tells us that previously he had always confessed when charged with offending, which was true, and the fact that he denies this [latest offending] indicates that this time there was something amiss with the conviction,” Parole Board chairman Sir David Carruthers said.

“He is assessed to be at high risk of reoffending and has done nothing to reduce that, and has no adequate release proposal to manage his risk at the present time.

Harris had the decency of trying to recant his evidence although he subsequently maintained that what he originally said was correct.

His convictions for perjury stand.

Meanwhile Tamihere’s convictions also stand although his lawyer Murray Gibson is preparing an application for a pardon.

I hope this succeeds.  I can’t help but feel that a terrible injustice has occurred.

25 comments on “David Tamihere was framed ”