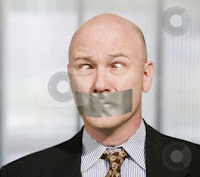 Officials Muzzled on Peak Oil?
The government has finally released its Energy Strategy. There are cosmetic changes from the Draft version but it’s no surprise that the final Strategy continues to completely ignore the threat of peak oil.

There were many submissions, including my own, which detailed the raft of recent reports from oil and energy experts, think tanks and government institutions which are all pointing to an imminent supply and oil price crunch. And in 2009 government officials themselves gave strong warnings to Ministers. So since 2009, have the officials been muzzled?

Summary of Submissions
The summary of submissions does acknowledge that peak oil concerns were raised by submitters:-

“32 submitters (including 23 individuals, the Green Party and the Māori Party) expressed concern about peak oil. They argued that peak oil was understated in the strategy and that the Government needed to act now to mitigate the future effects of oil supply constraints. They argued that this mitigation could not be left to market forces.”

“The draft strategy’s position of leaving consumers to respond via price signals was not supported by many. Many submitters wanted the Government to be more proactive in leading a transition away from dependence on oil for transport.”

Response – Denial and Obfuscation
The comments from officials about the peak oil submissions are typical of the denial and obfuscation that were on show in the recent MED presentation on peak oil.

All of the peak oil submissions are summarily dismissed, with no recommended action from officials.  They rely on just one body – the International Energy Agency — and its 2009 World Energy Outlook which says that global oil production is not expected to peak before 2030.

But why do officials cherry pick the 2009 IEA report when the later 2010 IEA World Energy Outlook contains a much more pessimistic view and the IEA, for the first time confirms that global crude oil production peaked in 2006 and will never be exceeded?

And why are the stark warnings from the later 2010 IEA report quoted below not referred in officials’ comments?  More importantly why are they not a catalyst for the government to “act more vigorously” in its Energy Strategy to use oil more efficiently and develop alternatives? If the IEA is the font of all energy knowledge and it is warning the economic burden of oil and vulnerability to supply disruption will increase, how come the government still weakly abdicates its responsibility to the magic of the market to solve everything?

“The message is clear: if governments do not act more vigorously than currently planned to encourage more efficient use of oil and the development of alternatives …. we might see a fairly early peak in oil production. “

“If governments do nothing or little more than present, then demand will continue to increase, supply costs will rise, the economic burden of oil use will grow, vulnerability to supply disruptions will increase and the global environment will suffer serious damage.” – IEA 2010 World Energy Outlook

Another mystery.
How come in their advice on the Energy Strategy, officials have not repeated the warnings they gave Ministers Joyce and Brownlee in 2009? … when they said:-
• the risks of oil price shocks and a physical shortfall in the world supply are issues of “strategic importance”
• New Zealand is more vulnerable and may suffer more than other OECD economies
• new technologies and fuels will help only “marginally”
• without “sufficient incentives” New Zealand’s resilience will decrease even further
• even if domestic oil production increases we still pay the international price.

Officials Muzzled?
It’s pretty clear that officials have been muzzled by the government. In 2009 they gave some very compelling and concerning advice about the exposure of the New Zealand economy to a looming oil supply/price shock which the government simply didn’t want to hear. 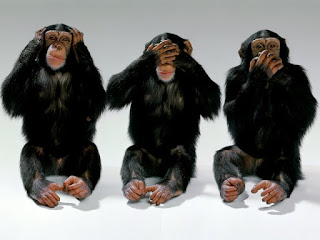 So the strategy ever since is obvious –
• Hear no evil, see no evil and speak no evil and not ask for any further advice on the subject. I know this because I made an official information request asking for documents and emails on the risks and impact to New Zealand of peak oil since 2007. Astoundingly no such documents apparently exist since the 2009 report?
• Refuse to talk about it. That’s why the Acting Minister of Energy flatly refused to respond to questions about peak oil at the launch of the Energy Strategy.

As we move into an election campaign it will be up to us voters to hold Ministers and would-be Ministers from all parties to account. And maybe, – just maybe, a few journalists will ask, and keep asking, the hard questions.