I think it is a pity that the currently dominant country / culture in the world, America, has had such a short history. Pakeha history in New Zealand suffers from the same limitation. All of our history has been about expansion and growth. “Progress”. It seems to us to be the natural state of affairs.

In many other countries people grow up in the shadow of a much longer history. Sometimes literally amidst the ruins of once great cities and empires. I visited a few many years ago. Vijayanagar, for example, was the seat of a South Indian empire from 1336 to 1646. The ruins of the city today are spread over 26 sq km. Temples, palaces, stables, tanks, siphons and pipework, chariots, markets – much of it still well preserved, much of it fading back into the harsh, red, rocky landscape. 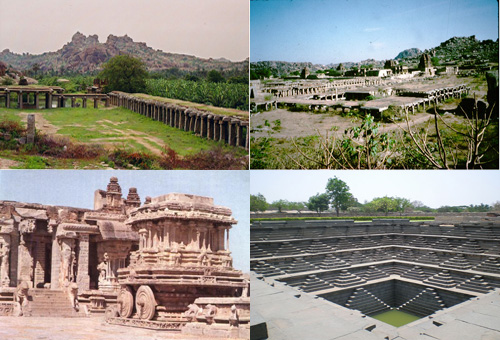 Fatehpur Sikri was the capital of a Mughal empire, founded in 1570. It is a smaller site, and so perfect that it might have been abandoned just yesterday. This city was never sacked by war, it was simply evacuated by its people, abandoned just 15 years after it was built when the water supply failed. No water no people, just an empty city. 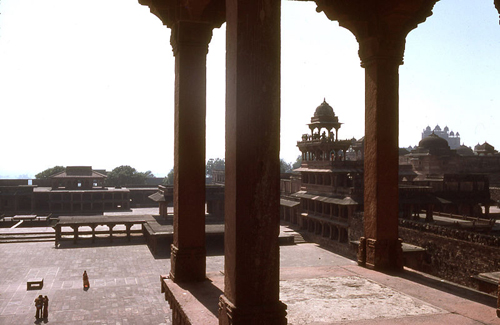 Such places impressed on me, in a way that growing up in NZ never had, that our civilisations and their works are both fragile and temporary. And I think the fact that too many people in the world today are missing this gut level understanding is one of the things that makes it so hard for us to address the global challenge of climate change. Too many people simply can’t believe, can’t even imagine, that the world that they see around them could suddenly and catastrophically change. It seems ludicrous, impossible, so those who say it is going to happen simply must be wrong. Because I have never broken my leg, my leg is unbreakable!

Well. Just rambling on a Sunday. But I wish that folk who can’t or won’t believe in the threat of global warming could spend time wandering in some of the ruined cities of the world. Or perhaps even just read Collapse (by Jared Diamond). I can’t help but wonder sometimes (when I am in a city) whether 500 years from now the people will be exploring our ruins. And if so, what they will think of us.