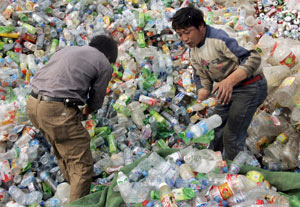 Here’s an interesting article from The Economist entitled “The truth about recycling”.

It sets out to answer some of the big questions about the World’s renewed to push to use less and reuse more in the wake of climate change: Is recycling worth the effort? How does it work? Is recycling waste just going into a landfill in China?

But the practice of shipping recyclables to China is controversial. Especially in Britain, politicians have voiced the concern that some of those exports may end up in landfills.