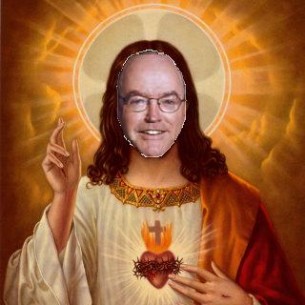 It is fantastic to see that Don Brash is trying to get back into politics with today’s coup of the ACT Party leadership.

Don Brash said in his brief press conference his objectives were to “raise the income levels of all New Zealanders” while making sure that “all New Zealanders are treated equally under the law”. Finally a man in politics who is going to fight for the lower class, to stand up for the marginalised, to speak out for the lower socio-economic groups in NZ. Don Brash is the defender of the poor and downtrodden, a friend to the beneficiary, a campaigner for those in need.

If you look at the lowest socio-economic groups in NZ, statistics show that they are much more likely to plead guilty to a crime. It is believed that largely this is because they do not have access to the resources to fund a defence campaign as someone in the highest socio-economic group. Don Brash will be a spokesperson for the poor, helping them get equal treatment in NZ courts to the richest people in the country.

If you look at any part of our judicial system, where the wealthy and famous have an advantage then Don Brash will make sure the poorest, least educated and unknown get the same advantages as he wants to ensure that “all New Zealanders are treated equally under the law”. The wealthy get more diversion, more name suppression and more home detention than the rest…not on Dr. Brash’s watch!

And finally, Dr. Brash will be a friend to pensioners and beneficiaries as well as those on the minimum wage. His statement that he intends to “raise the income levels of all New Zealanders” leaves us with only one logical conclusion. That Don Brash will be raising the pension, raising benefits and increasing the minimum wage.

Welcome back to politics Dr. Brash, a man who will passionately work for the marginalised of our beautiful country.

8 comments on “Don Brash, defender of the poor & downtrodden”