I will not presume to comment on the family’s grief, rather I will simply mark the things I saw this guy stand for.

Don was a boilermaker back in the day. Guys like Auckland Councillor Mike Lee know what that was like. Don fought from early on against the appalling safety conditions of that work, and many of those workers are still paying the price for the common industry use of asbestos.

Don has been through the best of New Zealand’s unionised times in the 1960s and 1970s when union awards enabled a good standard of living. Unlike now when after decades of low productivity the state needs to prop employers up with effectively large wage subsidies like Working For Families, back then there were good jobs with good pay manufacturing good things, in which a guy like Don could get a house for his family in Mangere Bridge and make it work.

Those things occurred because unions and Labour fought for them and sustained them – and it was people like Don who did the fighting.

He fought hard against the dreaded Employment Contracts Act, and in 2000 was looking forward to a new era when collective bargaining and strong unions would be back again and continue their gradual ratcheting of productivity and performance in New Zealand workplaces.

When he was interviewed by NZHerald reporter about it, he was not in the least bit apologetic about the force of a well organised strike to make employers see sense.

He said: “People will remember the strike, but don’t make the link with their own conditions – they’ll snatch the dough off the table but forget history.” He recounted eight weeks of industrial actions in 1963 to simply get a pay rise of one penny an hour more. If anyone has tried to get a decent pay rise while this current government has been in power, you will probably miss strong unions, because they are the people who got most New Zealanders pay rises.

There are a few from that age of union strength who are now passing. The passing of Mike Daly after decades in the Post Office and that union a month ago was also a great commemorative event: full of stories from people who got his guidance and support to get from a really low place at work, up to achieve great things. They are giants, and their era is hard to see coming back.

In 1999, Don was the President of the EPMU. He was instrumental in the Union pouring huge resources into the election of the fifth Labour Government.

Despite stupid scaremongering from morons in the opposition like Max Bradford, the Labour government’s replacement legislation did not bring about the collapse of businesses across the country. Nor in fact did it lead to a great rise in union membership. But it slowed the rot down. The Labour government’s 2000 policy enabled the survival of individual contracts, as long as they were not inconsistent with collective documents. It did not sanction a return to national occupational or industry awards. It could have done more.

But this is not a note intended to simply get all melancholy about what could have been. It’s simply to celebrate the life of a really good Labour and union man, Don Presland.

Let me give you just one more example. As one of the key Labour and union activists in Mangere, Don was a long-time friend of David Lange for many years. In fact the Presland family have been long time Labour supporters. Don was awarded two gold badges, one from the Engineers Union and one from the Labour Party for services to the movement. They don’t hand either of those out lightly. He was hard core.

Don was one of the selectors of the next candidate for Mangere in 1977 after Colin Moyle resigned following an attack by Robert Muldoon on him which implied Moyle was gay. Labour head office preferred Mike Moore. There were 11 candidates and the selection meeting went well into the night, full of factions and tested loyalties and tough arguments.

The last speaker was a youngish, overweight lawyer called David Lange. And he delivered a speech which blew the crowd away. The committee was split between Lange supporters and Moore supporters. Don decided to shift his support to Lange, and the selection was completed. Given the way that New Zealand history went, his decision that night clearly had a significant effect.

There are plenty of war stories like that about Don, many of which will come out at the wake, stories you only get when you have chosen to be an activist that really organises people on a scale that tilts the direction of whole neighbourhoods, companies, and countries. Didn’t shout about success, got on with the job, but really stood up and fought. His values and the great support of his wife have generated children and grandchildren with similarly strong values that help people to get out of trouble and into a better life, people that aren’t afraid of a fight for the good, and know how to win deep into the long term.

Don Presland was an awesome guy. 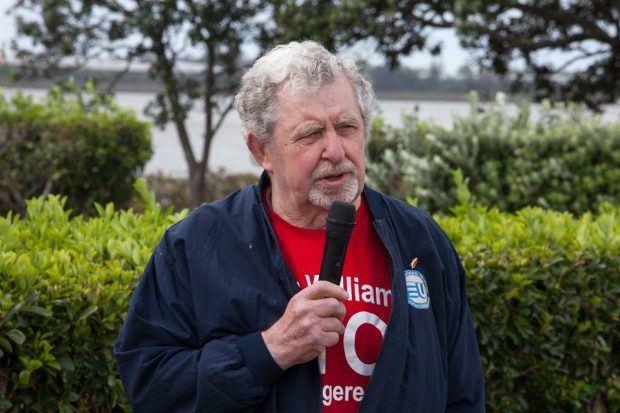