Donald Trump has a really big tax write off

Written By: mickysavage - Date published: 8:06 am, October 3rd, 2016 - 166 comments
Categories: International, the praiseworthy and the pitiful, us politics, you couldn't make this shit up - Tags: donald trump 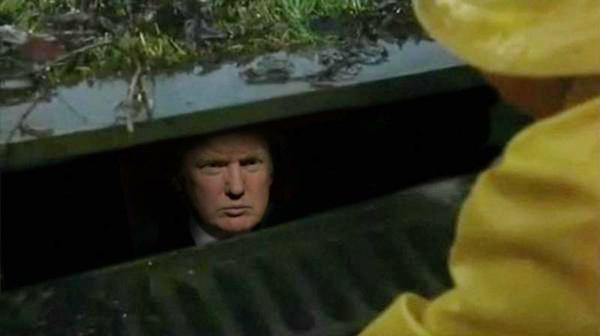 The reason (or one of the reasons) why Donald Trump has refused to release his tax returns is now clear.  Thanks to an anonymous leak to the New York Times it has been disclosed that Trump claimed a trading loss of over $900 million in 1995 and it is possible that thanks to this he has not paid any tax since.

Republican presidential nominee Donald Trump declared a $US916 million loss on his 1995 income tax returns and the large tax deduction may have allowed him to avoid paying federal income taxes for up to 18 years, the New York Times reports.

The Trump campaign, in a statement responding to the Times report, said that the tax document was obtained illegally and that the New York Times was operating as an extension of the presidential campaign of Democratic rival Hillary Clinton.

The Times said it had obtained Donald Trump’s 1995 tax records and that they showed he received the large tax benefits from financial deals that went bad in the early 1990s.

The newspaper said that tax experts it hired to analyse Mr Trump’s records said tax rules which were especially advantageous to wealthy filers would have let Mr Trump use his $US916m loss to cancel out an equivalent amount of taxable income, over an 18 year period.

The Times said that although Mr Trump’s taxable income in subsequent years was as yet unknown, a $916m loss in 1995 would have been large enough to wipe out more than $50m a year in taxable income over 18 years.

The Trump camp has responded by suggesting that it is evidence of his prowess as a businessman.  But his history of lawsuits, and of unpaid workers and contractors would suggest that he is not as good a businessman as he thinks.

And it completely ignores the optics of a wealthy businessman not paying their share towards the running of the country while ordinary people do.

I was worried for a while because there was a period of time when Trump stuck to the script and the polls started to narrow.

But now we have unscripted Donald Trump back and he is driving his campaign into a ditch.