Doofus of the week – Jami Lee-Ross 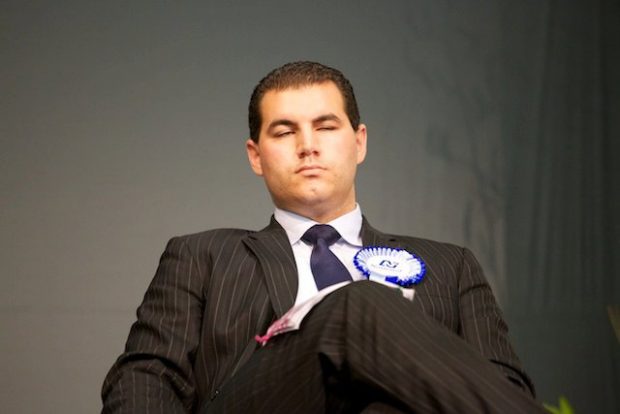 For much of the week the decision seemed to be an easy one to make. It was going to be Roy Moore, the Republican nominee for the Alabama seat in the senate. In the deepest of red states it should have been a cake walk for Moore. But not only did he lose the seat, thanks to a surge in support by black women who were collectively incensed at the allegations of sexual harassment of young women, but he also is still refusing to accept that he has lost the seat.

Even Donald Trump has called on Moore to stand down.

But Moore has refused to accept defeat and has refused to concede. Meanwhile supporters are complaining that voter fraud is the reason he lost. It is not clear if they think there was too much or not enough, after all this is the South.

And what do you expect from someone who thinks that the times when the south had slaves was not that bad a time?

But with a late showing Moore’s antics were put to one side and National’s Jami Lee-Ross is this week’s doofus of the week. He earned this prize after putting on a huge hissy fit in Parliament after his lunch hour was delayed by 5 minutes. Refusing to accept Jacinda Ardern’s hope for a bi partisan effort to address child poverty is bad enough, trying to stonewall the enacting bill’s passage through the house was even worse, but throwing a temper tantrum because your lunch hour has been slightly delayed takes the cake.

Watch the video and marvel at the intensity of the temper tantrum thrown by him in raising the point of order. If my three year old behaved like this I would be embarrassed.

Imagine trying to hold up the passage of a law designed to make sure kids get enough to eat just so you can have your lunch.

Jami Lee-Ross, you are the Standard’s doofus of the week.

Jamie Lee Ross when told he has to wait 5 minutes for his taxpayer paid for lunch because voting on helping families being lifted out of poverty#nzpol #nzqt pic.twitter.com/SBu6pUbVE2