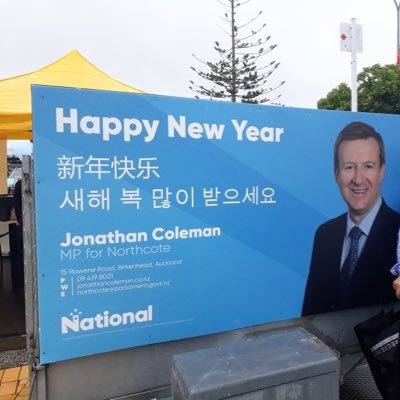 Another clear winner this week.

Jonathan Coleman announced his retirement from politics to take up a high paying gig in the private health system. Makes you wonder why he would have stood at the last election if his desire to be there was so tenuous.

Perhaps it was the failure of the National Caucus to recognise his exceptional talents.

More likely it was the powers that be realising with aghast what bad shape the health system is in. With news breaking this week that some Health buildings in Manukau have significant leaking issues and huge potential repair costs the questions what did he know and why didn’t he do something about it when he was Health Minister needed to be asked.

After all he is still in the payroll.

So Suzy Ferguson on Radio New Zealand decided to ask him that very question.  You can listen to it here.  The Spinoff website has handily compiled a transcript of what was said.  Here it is.

Susie Ferguson: … We are now able to speak to National’s outgoing spokesperson for health, Jonathan Coleman. This after Labour is pointing the finger at National, saying the problem with the rot at Middlemore Hospital buildings should have been addressed by the previous government. Mr Coleman is with us now. Good morning.

SF: Were you told about the state of the Middlemore buildings?

JC: No. Not explicitly.

SF: Not explicitly? What does that mean?

JC: No, no. It means that I’m aware, I’ve been aware over time that they need injections of capital to continue to develop the site, but I was not notified that there was any sort of problem along these lines.

SF: But we had the former chair of Counties-Manukau DHB Lee Mathias on the programme just a few minutes ago, saying it was common knowledge there was mould within the walls of Middlemore Hospital buildings when she headed up the board a few years ago and that most people in Wellington knew about it. How did you not?

JC: Well, obviously I hadn’t been told about it, but, you know –

SF: That seems astonishing minister that if most people in Wellington at the ministry were aware of this, and the Counties-Manukau chair knows about it and the health minister doesn’t, isn’t that stretching incredulity to breaking point?

JC: No, it’s not actually. People don’t tell me, I don’t know. But actually Susie, we, I was informed –

SF: Why would people keep this from you, though?

JC: I don’t know, but I was informed this was not the topic of the interview so I’m a bit disappointed that once again Radio New Zealand ring up and say they want an interview on something which was simply my exit from politics and then make it about something else, but anyway, there you go.

SF: But isn’t this quite interesting –

SF: Coming at this particular time that this should be such a problem –

SF: That seems to be pretty significant at Middlemore, and you were the health minister for some time before that –

SF: You’re saying you had absolutely no knowledge of this?

JC: No. Haven’t been told about it. Anyway, have a great day –

JC: I’m walking with my kids, and I’m leaving politics, so thanks very much Susie, bye-bye.

Coleman claimed he had only agreed to one question being asked at the end of the interview but surely former Ministers should be available to be questioned on important issues that arose under their watch?  Isn’t this the way democracy is meant to work?

I am once again infuriated by Jonathan Coleman's dismissive indifference. Our colleagues are working their butts off treating the most deprived people in NZ's busiest hospital, and he calls the urgent need to fix the furry walls "an injection of capital". @radionz pic.twitter.com/Az4QCEPnRD

I recall one moniker for Jonathan Coleman I heard from one of my LEC buddies. Dr Do Little. Don't know about you, but I think it's rather funny

With a healthy dose of… pic.twitter.com/OSWVmw64Hh