Written By: mickysavage - Date published: 8:30 am, March 3rd, 2018 - 29 comments
Categories: act, david seymour, doofus of the week, the praiseworthy and the pitiful, you couldn't make this shit up - Tags: 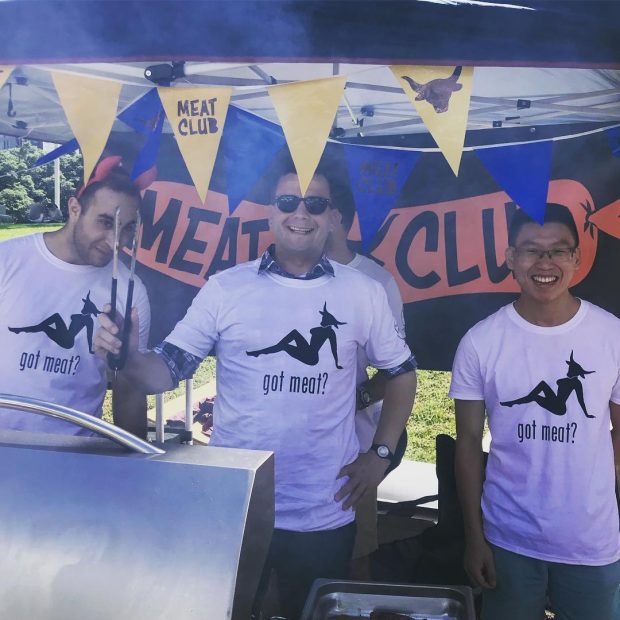 No contest this week.  The winner of Doofus of the week was streets ahead of the competition.  And he is the first person to win two doofus awards.  Maybe this makes him a doofii.

No surprises it is David Seymour, champion of the libertarian right, hater of those who do not make their way through life without relying on their innate skills, and someone who receives a lifeline from National each election so that the will of the people can be tilted right.

He won the award by joining the Meat Club at Auckland University during Orientation Week and putting this out on social media.  Meat Club is one of those University clubs that some people think are funny.  It promotes the eating of red meat (up yours vegans) because it can but then digs deep into misogyny with crass t-shirts.

There is a sector of the electorate that will be attracted to this particular ploy.  Males who have not yet attained the maturity of an average 16 year old, some engineering students and the occasional adult who will never grow up.  Think Beavis and Butthead with less maturity.

Golriz Ghakraman got stuck into him. As well as a few others.

Just ran into David Seymour. He asks: "Would it be ok if I was wearing the man version of the 'Got Meat' T-shirts then?"- The answer is no, David. Don't call anyone a piece of meat using nude cow/human sexualised pictures on campus…it's totally possible to BBQ without it

I have managed to go to many BBQ's in my life and not once have I thought..wait a second I need to put my offensive meat t-shirt on.

David Seymour's politics are based on selfishness, which is ironic given his entire political career is based on another party's charity

And Golriz’s tweet provided examples of the intellectual rigour of the right.

Do you really hate freedom of expression that much? Pretty frightening attitude

Why do the extreme left think they can set the rules for society? Ridiculous.

It's a t-shirt get over it

Note complaining that an idea is stupid or offensive is not an attack on the freedom to express that idea. It is actually an exercise of the right of freedom of speech to suggest that the idea is particularly stupid and should be branded as such.

But Seymour was on a role and decided to then go for the Afrikaner vote. He put up a resolution to Parliament condemning the South African Government’s proposal to change the constitution to allow for the confiscation of farms without compensation. Labour and New Zealand First objected so the resolution went nowhere. Good on them. There are severe historic injustices in South Africa that have to be addressed and guarantees of compensation are not appropriate.

Perhaps it was revenge because neither Sadowski-Synnott nor Porteous knew who he was. From Stuff:

On Tuesday, neither of the Winter Olympic medallists Zoi Sadowski-Synnott and Nico Porteous recognised Mr Seymour when he asked them a question on Three’s The Project.

Whatever the motivation was his actions were petty. Imagine vetoing the extraordinary achievements of a couple of Kiwi teenagers. Young people who clearly have more maturity than the current Member of Parliament for Epsom.