Anyone who still thinks the Declaration of the Rights of Indigenous Peoples is going to have any real world effect in New Zealand needs their head read. The first thing that a court will do when someone cites the DRIP as authoritative is check what the government said about its intention to be bound by it. It will find statement after statement that the government sees it as purely symbolic.

In part, that’s thanks to Labour continuing to push the government’s ministers into giving real answers on what the DRIP will mean in practice. The reason they’ve been doing this is to illustrate to the Maori Party, and anyone else who buys the government’s spin, that this is all symbol signifying nothing.

No court can choose to give effect to a non-binding international document when the government has been so explicit that the document will have no effect in New Zealand. Sorry, that’s the way it is. Courts don’t have the power, and shouldn’t have the power, to willfully reinterpret the unambiguously stated intentions and actions of a democratically-elected government – no matter how much we personally disagree with those intentions or actions. It’s called democracy. 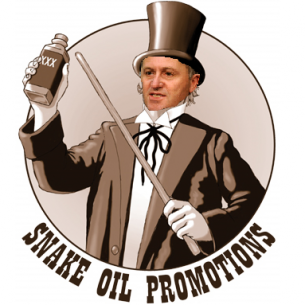 In practical effect, Maori have been sold yet another bill of goods by National. Now, (if you’ll allow me to extend the metaphor) they’re hopefully waiting at the dock for their ship to come in with all the bounty they believe they’ve bought.

But when that ship comes, it’s going to be empty.