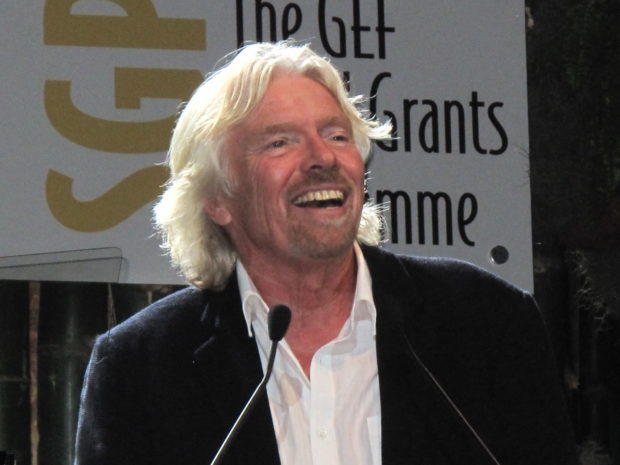 It appears that Richard Branson’s Virgin Airlines empire may be on the skids.

He is believed to be worth $8 billion but it seems that even the Atlasses of the business world are not beyond trying to become state beneficiaries from time to time.

He has written to staff saying that the airline needed Government support to survive.

Sir Richard said in his letter to staff: “Many airlines around the world need government support and many have already received it.” The crisis facing airlines, and the staff they employ, was “unprecedented,” he said.

Despite his wealth, this did not mean he had “cash in a bank account ready to withdraw”. And he hit back at criticism that he was a tax exile who did not deserve help, saying he and his wife “did not leave Britain for tax reasons but for our love of the beautiful British Virgin Islands and in particular Necker Island”.

He said Necker would be offered as security for any loans. “As with other Virgin assets, our team will raise as much money against the island as possible to save as many jobs as possible around the group,” Sir Richard said.

It is interesting that he should be seeking Government support. He changed his tax status so that he would not have to put up with the drudgery of paying tax to one of the entities that he is now seeking help from.

Taylor Bell at Yahoo Finance last year had this description of what happened:

As the founder of Virgin Records and Virgin Atlantic airlines, Richard Branson is a business mogul sitting on a cool $5 billion fortune. Although he hails from the U.K., his primary residence is on Necker Island, an island in the Caribbean that he purchased for $180,000. Branson has repeatedly been accused of escaping to Necker Island as a way out of paying taxes due to the lack of income taxes there, but the Virgin mogul has denied this.

“I have not left Britain for tax reasons but for my love of the beautiful British Virgin Islands,” Branson wrote on the Virgin website in 2013, according to The Telegraph.

As a resident in the U.K., Branson would have to pay 50 percent of his income in taxes, compared to zero percent income taxes as a permanent resident on Necker Island.

The story is not clear but I presume that Branson could have spent time in Nectar Island but still have kept his UK tax status. Diddums that he did not do this.

Virgin Australia has collapsed. Branson’s response was to hit out at the failure of the Australian Government to stump up with a loan, saying:

In most countries federal governments have stepped in. Sadly, that has not happened in Australia.”

Pure dog eat dog capitalism, of which Branson has been a keen proponent, demands that the company’s assets be sold for whatever price they can get, for banks to strip its secured loans out and for shareholders to then take a bath. Survival of the fittest.

It shows incredible nerve to arrange your finances so that you do not pay tax on huge earnings, and then demand money from two different governments to keep your empire going.

And on the subject on the rich there have been recent suggestions that New Zealand should officially declare its position as a bolthole for foreign billionaires. Rod Drury reckons we should allow them to emigrate, own land, let them subdivide and let the wealth trickle down to the rest of us.

From Victoria Young at the Herald:

Drury reckoned if 1,000 sections were made available for foreign owners wanting to build luxury houses they could commit $5 million upfront each easily and straight away give architects and engineers work, with construction starting within 6 months.

“In my experience, these people are light on the consumption of roading, education and health, they pay GST and are very good at connecting to us to help businesses grow.”

“I’m not saying give them passports,” said Drury, who made headlines for supporting the citizenship of American tech entrepreneur and key Xero investor Peter Thiel.

Of course previous examples have worked out so well. Queenstown is awash with rich boltholers as well as doss houses where workers have shifts when they can use beds.

Maybe we should contemplate a scheme whereby billionaires could emigrate to New Zealand. As long as they agree to a one off capital gains tax of 90% of their acquired wealth.